Lindsay and I went to the Southern Women’s Show on Friday, along with our favorite tagalongs, Ali and Eli. 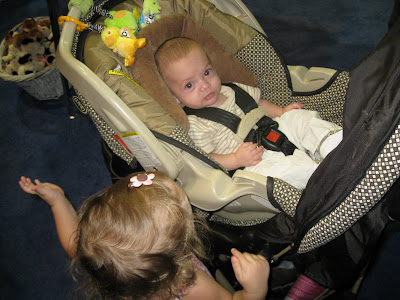 Eli was just slightly embarrassed to be one of the only guys there.

But it didn’t take him long to get over his embarrassment and enjoy being the center of attention: 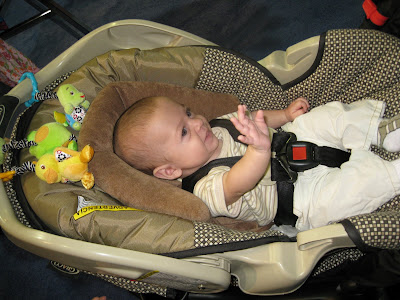 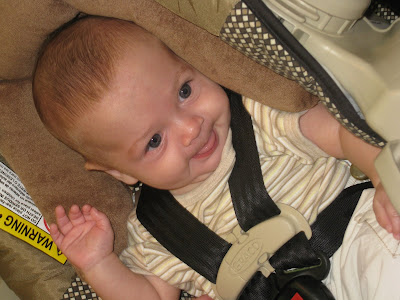 The Southern Women’s Show definitely has it’s pros and cons.

Con: You are basically subjecting yourself in VERY close quarters to every pushy mall kiosk worker known to man.
“can I rip the hair off of your arms with my super special wax??”
“would you like me to clean your rings?”
“Try my super duper $40-a-bottle juice that makes you perfectly healthy in every way!!!”
“Sham-WOW!!!”

One of the things that has changed over the years, though, is that they don’t have a whole different section where they give free samples of every toiletry, makeup, and any other sort of product known to man. I think it has been quite a while since they did this – since I was a little girl – because I remember it being hosted by Big B Drugs. That HAS been a while.

One of the other things that was missing this year was a definite improvement – there was not a single plastic surgery booth with MUCH larger-than-life pictures of breasts – before and after. AND pictures of much gorier plastic surgery. So long, too-much-information pictures.

I also learned a VERY important trick for Ali – she is unbelievably and perfectly content with a small sample cup and a bunch of little pieces of some sort of food item. She spent a good 45 minutes putting them, one by one, into the cup; and then moving them, one by one, back onto her stroller tray.

I actually utilized this technique again on Monday when I had to go up to work and interview someone (I know -really professional of me to interview someone with my 21 month old in tow, but to make her look more like a legit employee, I dressed her in her Slappey Morale Booster shirt). I bought Ali a pack of gummies out of the break room, got her two styrofoam cups, sat her in a chair, and she was completely happy for the whole interview. Nice!!

So, now that Ali has been to the SWS, she is officially a Southern Woman. And Eli is officially an I-get-drug-around-by-my-Mom-to-places-boys-shouldn’t-have-to-go little boy.