Wouldntja like a puppy??
This is a shameless plug for my Mother’s sake. And my Father’s. And Shadow’s, because apparently she hates being a Mommy. She steers CLEAR of her puppies as much as she can! Oh, and for mine and Chris’ sake – the more puppies gone, the less pressure we get to take one! Which will NOT be happening. Not that they’re not absolutely adorable, we’re just not “dog” people.
The puppies are half lab, half-we-don’t-know-because-Nick-let-her-get-away, and they are FREE!! Although Mom said that several people have told her that if you list puppies in the paper for free, no one calls, but if you list them for $25, you’ll get rid of them all. So, if you would RATHER pay $25 for them, that is fine too. And if anyone can explain that facet of human illogicalness, that’d be great.
But for reading the shameless plug, you do get the added bonus of cute pictures of Ali.
Petting the puppy. . . 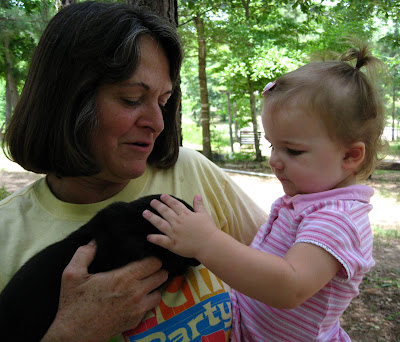 Smiling at the puppy! I think that’s the first time she’s done that! 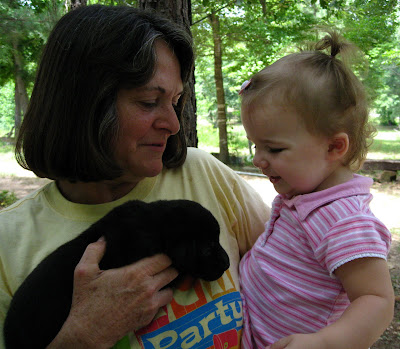 Ali getting tickled by the puppy: 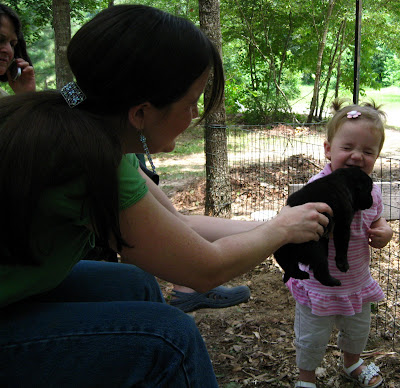 Petting the puppy again. It looks like Ali is on the phone with a third arm, but that’s my Mom in the background. 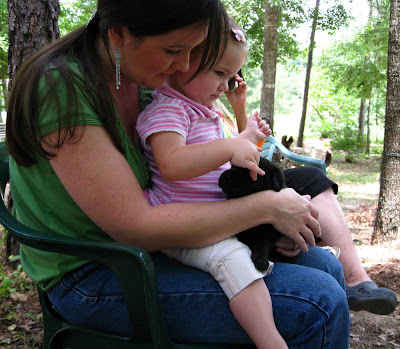 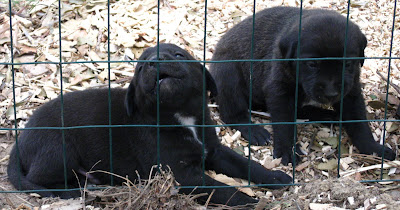 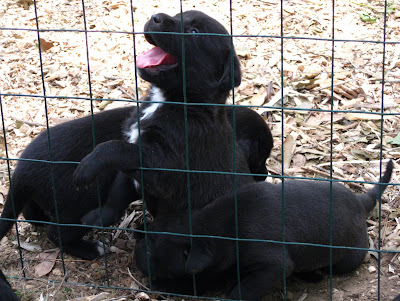 Dontcha want a puppy? Or are you squirming as uncomfortably as I do at the thought? :)