We had another fun day today. Our plan was to bike the second half of the Island, or at least a small part of it (I’m still amazed at how huge the Island is!!). The second half is unallowable by car (unless you live there), but allowable by bike. It’s the sssuuuuppperr fancy half, where a whole bunch of CEO’s and Celebrities have their Summer houses. So, because we’re high-C dorky type people, we looked up a bunch of the especially huge looking lots last night on reverse-phone-book-lookup, then googled the people to see who they were. It was fun – we found several CEO’s of large companies, a Director of Coca-Cola, a bigwig on Wall Street that was also involved with the securities and exchange commission, a CEO of a big company that “mysteriously” and suddenly resigned from his company along with his partner, and then a pre-Martha Stewart insider trading perpetrator. It is so fun being nosy! So we biked for several hours, and found all the houses of the people we “researched”.

As far as the houses went, they were unbelievable. All of them were 1million+, and the beachfront ones had to be all 5million+. We figured that we bicycled past more than 1 billion dollars of real estate today! Unbelievable. AND – a lot of them were on their own island in the middle of the marsh, or on an island with a few other houses.

Here are some of the especially huge houses we saw: 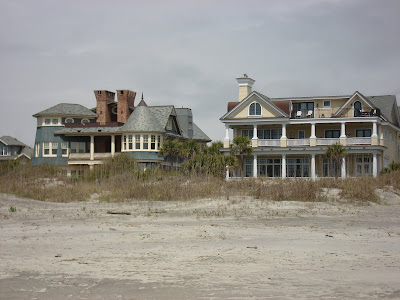 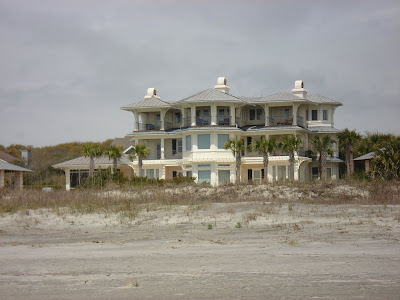 Notice me standing on the front steps of this house for perspective on how ginormous it is!! 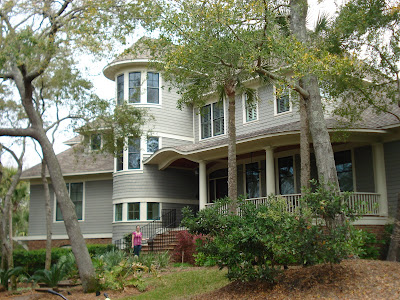 We’re pretty sure this is the biggest one we saw: 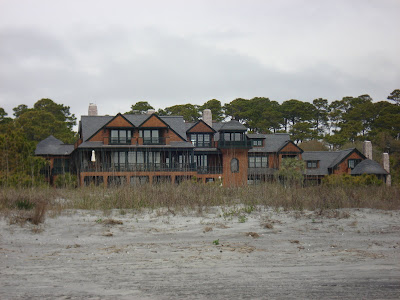 While we were looking at the houses, we had our first alligator sightings!!! This is the first one we saw: 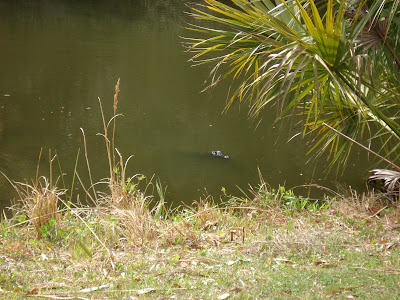 When we saw that alligator, he was sunning himself on the bank. Me, being the adventurous, animal loving-and-unafraid one, wanted to get Chris to take my picture with him. I was going to get closer to him, but Chris rather forcefully (for him) commanded me to stop, turn around, and get my picture taken from the road. So I turned around and posed, and I hear the alligator start running!!! Chris gasped, and I lost my unafraid facade and ran for my life!!! Next thing I know, Chris is laughing, because the alligator had just gotten spooked from us and jumped back into the pond! It was a hilarious moment, and it made Chris feel good to know that I, too, can be spooked by animals.

We saw another one a little farther away, and then I finally got my picture with alligator #3: 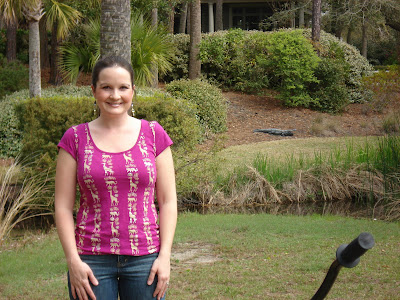 (notice the small body of water between me and alligator #3) :)
We ended up seeing six alligators total. Here are #5 and #6 (the biggest two we saw): 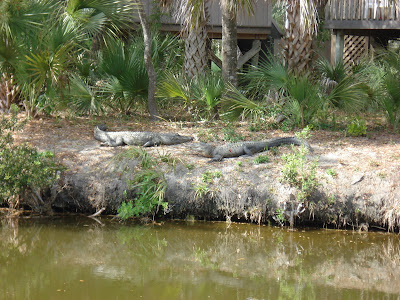 We also saw an eagle and his nest (nest in the center tree of the picture below): 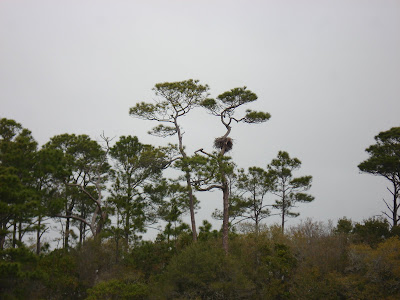 We then went on a “marsh tower” to get a couple pictures of the marsh. It was very rickety and wiggly – it shook significantly every time we took a step!!
Here’s a picture from the tower: 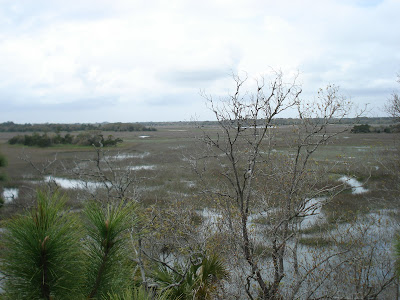 A picture of us from the tower: 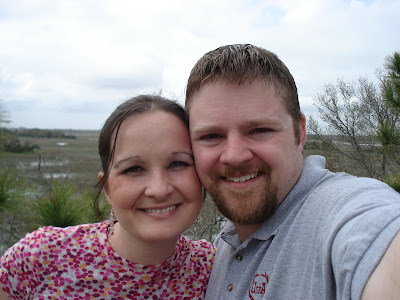 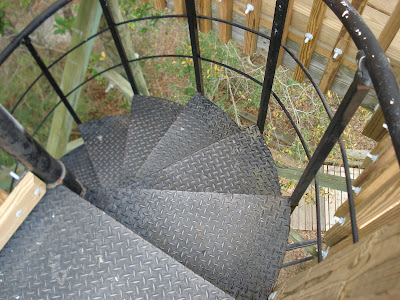 It was a beautiful night, and so it was great to go out to dinner. Here are pictures of us at the Bohicket Marina where we ate dinner: 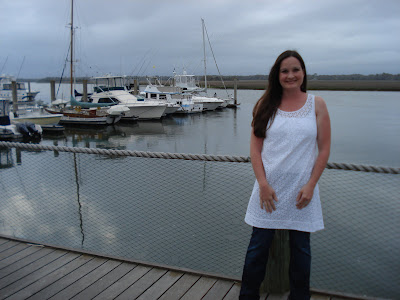 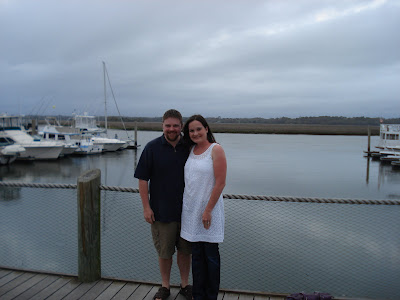 And here’s a really cool picture that Chris took of a deer on the way home from dinner: 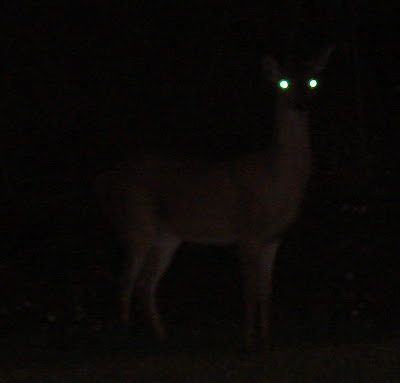 We are headed home tomorrow morning! This has been a great place to vacation, and we really hope to come back and bring Ali next time! We can’t wait to see Ali. It will be so exciting! We have to checkout by 10am, but I think we’re going to get up early and try to leave by 7am so that we have some time to spend with her in the afternoon. Yay!!!