I had a groundbreaking realization the other day while running – which makes sense, since that’s when my brain is most oxygenated. (Too bad I can’t write while running or I might write as often as I used to.) But seriously – this breakthrough could change the economic direction of the American public – are you ready?

New cars are like puppies. Or at least they are while you have young kids.

New cars are so fantastically adorable when you first get one. They smell delightful. They’re clean and lovely and snuggly and fresh and feel so so good to be with. They make precious noises and snuggle with you just right. You delight in their presence and revel in their newness.

But within a year, or maybe a few hours, the kids spill Cheez-its in the seatbelt crack, drop a sucker (and leave it) on the floormat, crunch Chick-Fil-A crumbs into the now sticky sucker puddle, and can’t manage to take a single piece of trash with them. Ever.

Within a year, your adorable puppy is now a mangy mutt. It smells of dog breath and licks you with its gunk if you get too close to it. You try and clean it, but it only stays clean for about a day (and you can’t *really* ever get into all its crevices and have a completely sterile creature ever again.) It has lost all its cuteness and is now just another mouth to feed (unleaded, regular, please.) Every time someone new gets in your car, you have to say, “Sorry for the smell. I hope you don’t get licked. And don’t scratch that spot or it will soil you.”

As cute as puppies are, they’re not worth the smelly dogs they become.

The kids were watching The Trolls Movie the morning of Independence Day. I sat down watched the opening sequence with them.

Against the advice of wise and paranoid Branch, Princess Poppy throws a giant party. 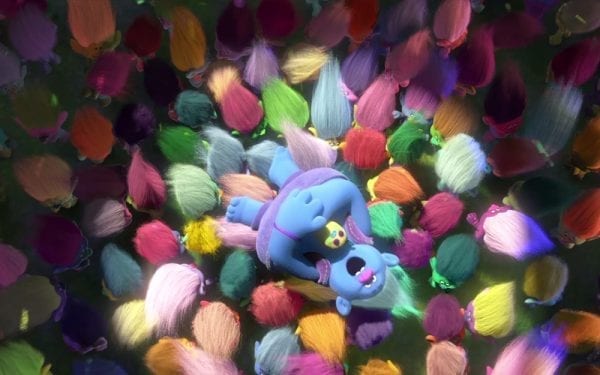 At Poppy’s party, they’re celebrating 20 years since they escaped from the Bergen (those evil villains who love to eat Trolls.)

So basically, they’re celebrating their Independence Day. I thought, as I sat there on July Fourth with my children, “what a perfect time to watch this movie.”

They’re shooting off fireworks and partying and …. all a bit too loudly, because pretty soon, who comes stomping through the forest, but the Grand Huntress Bergen Chef herself – she pounds through, rattling the forest, then towers over the Trolls.

She curls her lips into a wicked smile and says “Gotcha.”

That night, I was taking pictures of our own Independence Day fireworks. We were right below Vulcan, where the show takes place, closer than we’ve ever been, reveling in the beauty and party and also the loudness of it. 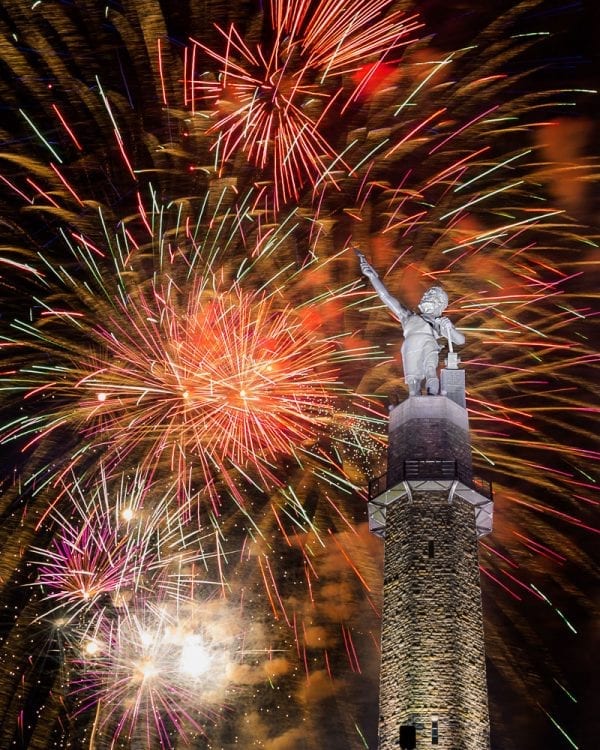 But instead of reveling in the patriotic beauty of our independence, I could not help but picture a giant, massive, ground-shaking Queen Elizabeth stomping up 20th Street, pushing past Vulcan, staring down at me, 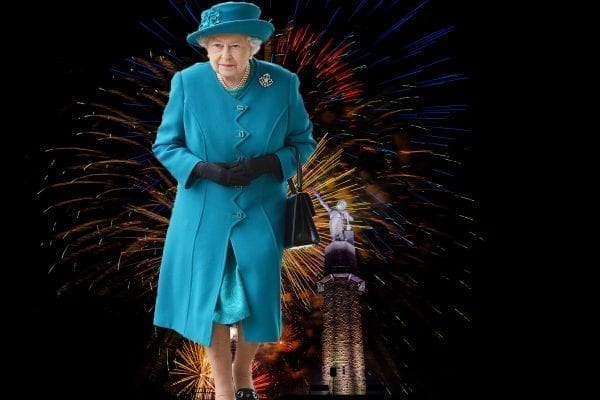 then curling her lips evilly down at me and saying “Gotcha.” 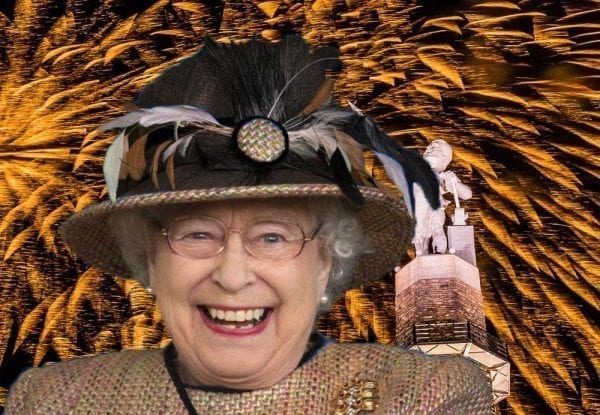 I really felt like we should have learned from the Trolls movie and celebrated our Independence just a tad bit quieter. I don’t want to be fed to the British.