I believed in my heart.

I waited with anticipation.

I followed the forecast, minute by minute, keeping three radar apps, a weather blog, and a constantly updating Twitter feed up on my phone.

Finally, Friday evening, it started sleeting. Then giant snowflakes! Huge, fluttery snowflakes mixed in with the sleet. Then back to sleet…then it tapered off.

But I still believed.

I was awoken by my son the next morning. He believed, too.

“There’s more snow than last night! There’s lots of snow out there!”

I looked out the window with great expectations in my heart. 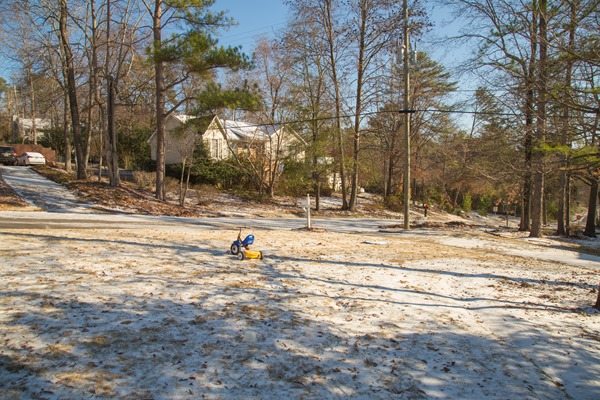 It was our very own Snowy Utopia.

I mean we might as well live in Maine, for the giant drifts of sleet in our yard.

The children excitedly donned their warmest clothes over their pajamas and ran out to bask in the glory of the multiple feet of snow surrounding our house. 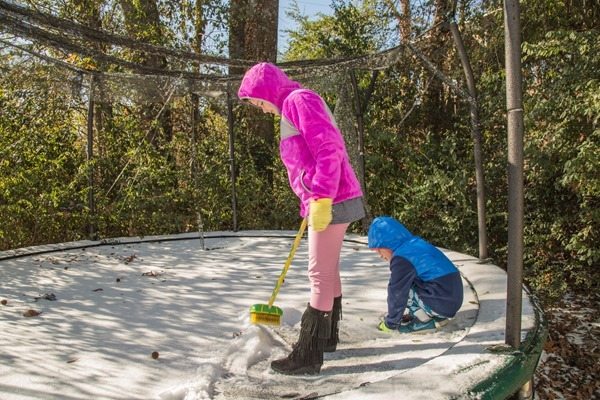 It was quickly determined that this wasn’t snowman snow. Or snowball snow. So that meant it had to be snow angel snow. 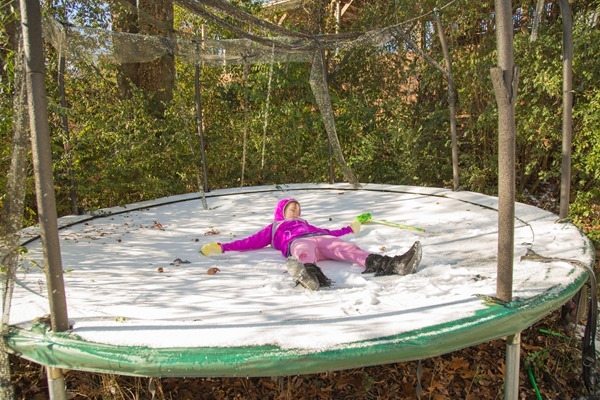 Their faces shown with the thrill of existing in a 100% white-with-snow world. 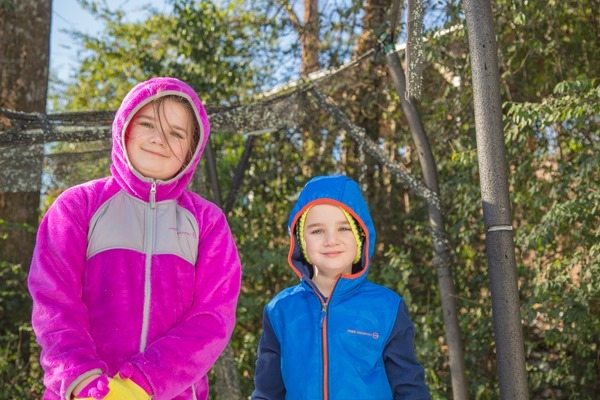 We quickly pulled out our snow board, which is pulled down hills all year ‘round by an old electrical cord, but now could fly on its very own. 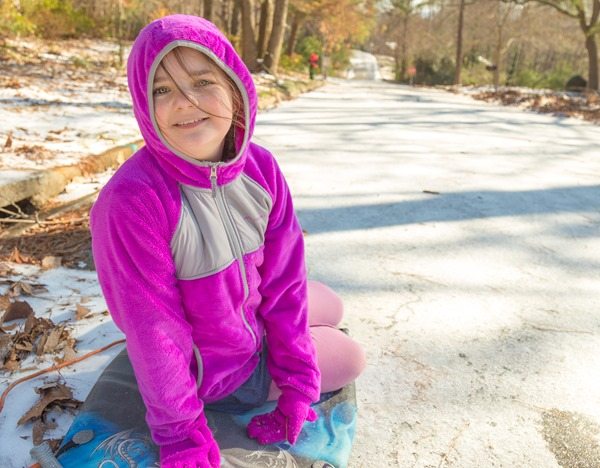 What a wonderful world. 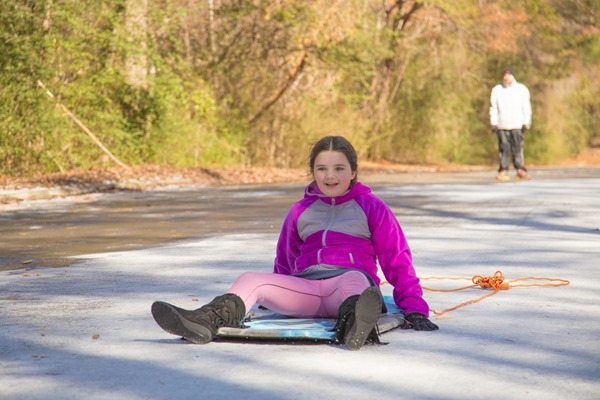 Noah remembered that it was his best friend Loulie’s birthday (it was actually the day after her birthday but sometimes 6 year olds have a breakdown in communication) and quickly declared that we needed to take a walk around the corner to her house. He and I worked our way through the treacherous snow, barely averting the very real danger of falling into a drift too deeply to be rescued. 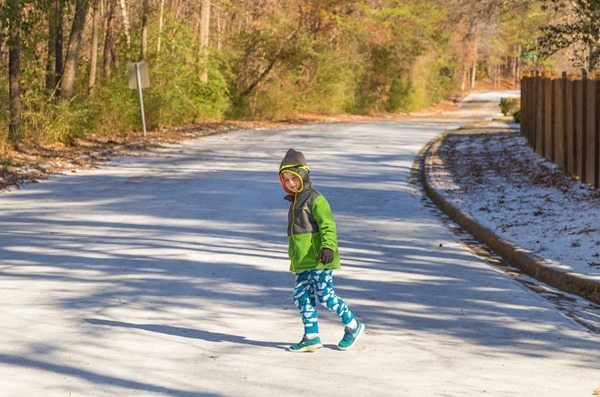 When we finally arrived, nearly frostbitten at every end, and told Loulie about the unbelievable fun we were having doing the whole Winter Wonderland scene, she decided to join us. And so we started our long trek back, wishing we had sled dogs to help us make it through. 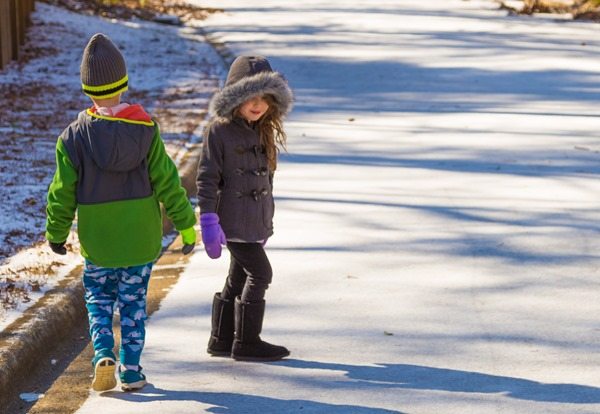 But the bone-chilling journey was all worth it when we introduced Loulie to our 70mph sled. 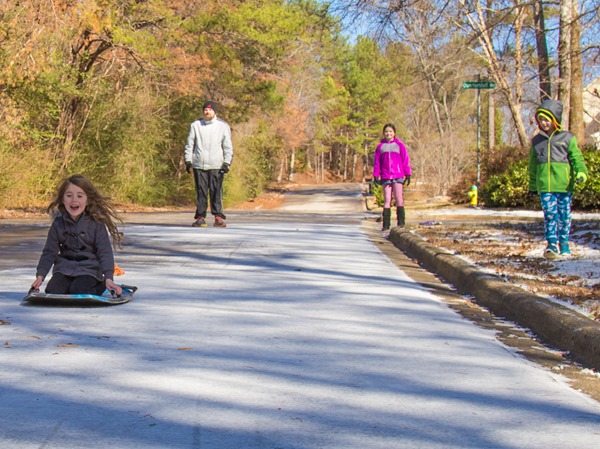 This is the kind of snowstorm that thoroughly tousles one’s hair. 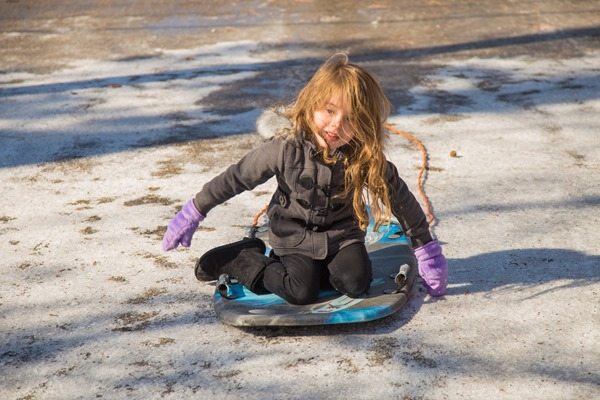 The speeds were so intense that Noah preferred being walked. Like a dog. 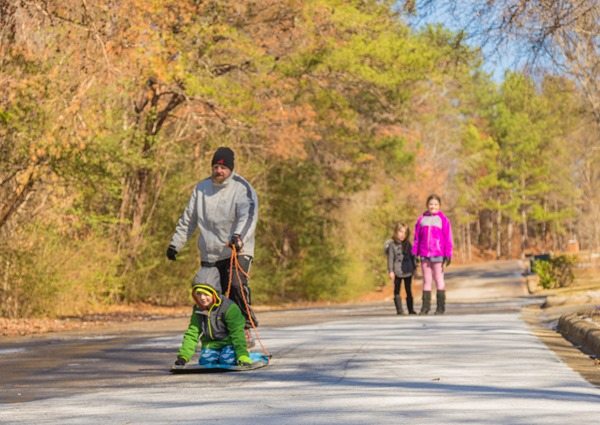 And then another neighbor saw our fun and contributed a real device to our adventures. Wow did that thing slide gracefully. With speeds that left flames in their wake and blew people’s coats up into intertubes. 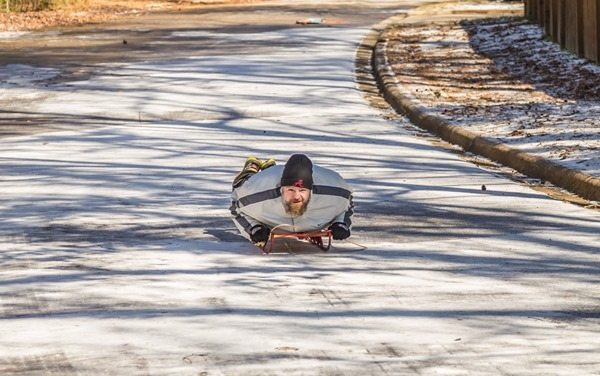 I’m pretty sure we earned our Canadian citizenship today.

All of Alabama did.

3 thoughts on “The Greatest Snowstorm of All Time.”