Disclaimer: Don’t expect this to be too amusing. Muscle relaxers make minds mushy. Narcotic pain pills make minds even mushier. And I can’t make tragedy humorous unless I have at least a day or two away from it, and I only got one day away from it and I didn’t sit around writing. But more on that later. This is just an update for those who have wondered how it’s going. I miss really writing, but alas – muscle relaxers and narcotics. So all that to say, you get what you get.

Last Sunday – As I had promised to put myself on a seven day bed rest as much as possible, I slept and laid around all day. Hurting. A lot.

That evening, Chris insisted that getting out would make me feel better (I hadn’t left the house in 48 hours), so he took me on a sunset ride. I couldn’t use my DSLR camera, but at least I could take pictures with my phone. 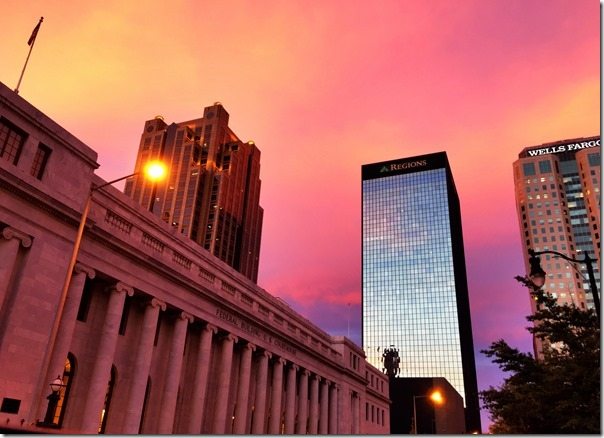 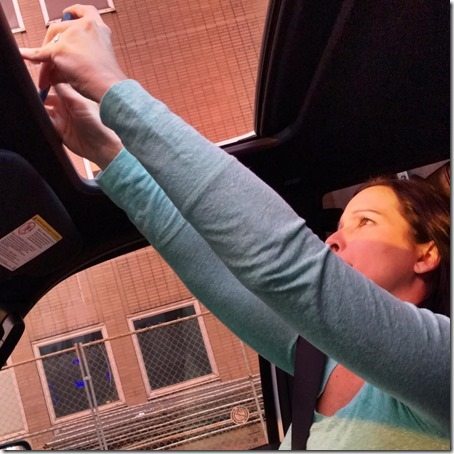 Oops. I blame my husband.

Monday – I had hoped that I had been sandbagging when I said that I wasn’t going to blog for a week, and that I’d get all kinds of writing done while I was resting.

But, I went to physical therapy, then went to complete the process of buying a new car (more about that soon), then came home and gladly fell into the arms of my prescription drugs and had a comatose rest of day.

Tuesday – More physical therapy followed by more drugs and more non-movingness. Yeah. Like, how exciting is my life right now.

Wednesday – I had no choice. This was the day I had been dreading all week, as I lay in bed trying to find my comfortable spot. Ali had a spelling bee that morning, and I had agreed to be a guest lecturer at a class at my alma mater, UAB, about social media later that afternoon. I was to be out most of the day, it was raining, it was exactly three weeks since the accident, which also happened on a rainy Wednesday when we were going to a school event.

The children and I both experienced PTSD. Nobody really wanted to leave the house, but we had been studying for that spelling bee since school started – you can’t just flush that kind of spellinvestment.

So we weaved our way through the many car wrecks all over town and made it to the spelling bee miraculously unscathed, albeit a little stressed, where Ali had to confront her already-existing-before-the-wreck weather fears as the spelling bee faced the window where the rain was pouring and the lightning was flashing. At the biggest thunderclap she turned around and yelled “Hey Mommy can I come sit with you?”, but she settled back down and adored rocking out spelling, placing first in her age group and 4th overall (meaning that she was spelling against 8th graders and discovered that she has her mother’s competitive genes.) 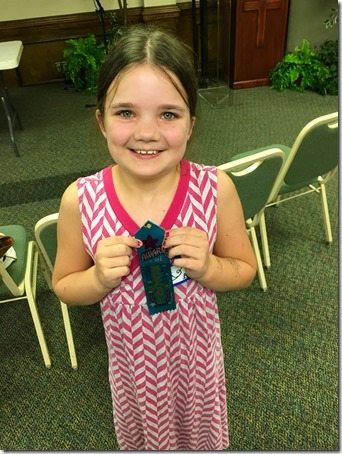 We went home for a short time where I took narcotics and muscle relaxers and a very short nap, all of which are fantastic preparations for guest lecturing at the college level.

But not without ending the day with the worst pain yet.

Thursday –  But Wednesday was not worse than Thursday. Pain got to all-time high, including pulsing down my arms for at least an hour every time I accidentally raised one hand over my head.

It’s really hard to not raise an arm over your head. Hair in your face? Too bad. Want to switch a floor lamp on? Nope. Wash your hair? That’s gonna hurt.

Plus my dysautonomia was quite severe, giving me the gift of blacking out and feeling exhausted due to having laid around for 5 days. Activity is vital to my life, and car wrecks ruin that. I was not happy.

I Whine-Texted everyone I knew. And continued to whine-text the ones who didn’t try to cheer me up or tell me it could have been worse. (If you want to be the future recipient of whine-texts, I’m applying for backup candidates.)

Then I ended the day by not falling asleep until 3am from the pain.

Friday – Fridays are apparently my marathon health days. The Friday before I spent 10 hours trying to get answers, and this Friday ended up being a seven hour journey. I started the day at physical therapy, and my PT agreed that my worsening pain after a week of near-constant rest definitely qualified as a trip back to the doctor and another ask for an MRI.

I dropped my kids at my parent’s, took a meandering route to attempt to find a doctor that was working and could see me, and ended up seeing the rudest, angriest, most awful doctor I’ve ever experienced.

(And I’ve experienced a few.)

BUT. He ordered an MRI. Very angrily. Because apparently, according to him, Obamacare has made it nearly impossible to order an MRI without all types of insurance denying it, which is why I couldn’t have one the week before – I just hadn’t had enough good, quality, long-term, debilitating pain yet to deserve to know what was causing it.

I drove straight to the MRI clinic, where they told me my insurance had not yet approved it.

I sat in the waiting room, picturing Malia Obama in the back of a dusty unused bedroom at the White House, looking at me through a crystal ball, analyzing my length of time in pain, and deciding my fate.

Finally, Malia approved my MRI. And they took me back to that tiny Star Trek Coffin, slid me in the tube, and provided me 15 minutes of an Introvert’s Techno Rave Dance Party – without the dancing.

That evening, my regular doctor called me with the results. The MRI showed that I have muscle spasms, pressure on my spinal cord fluid, two bulging discs in my neck, and one tear/rupture in a disc in my neck. It explained my pain, but there wasn’t really a way to easily fix it. No surgery – just more physical therapy…and perhaps a lot of time.

In one of the kindest acts anyone has ever offered me, he prescribed me steroids.

I took two that night despite the fact that I knew there was a good chance I wouldn’t sleep. I FELT HUMAN.

I watched TV with Chris, comfortably and in focus, and slept fine.

…But I was so mad that it had taken someone almost a month to offer them to me.

Saturday – Saturday was the most awesome day that ever did exist.

I felt energetic, I wasn’t in pain, and I felt like a normal human being.

I even dared pick up my camera for the first time in a week and a half. 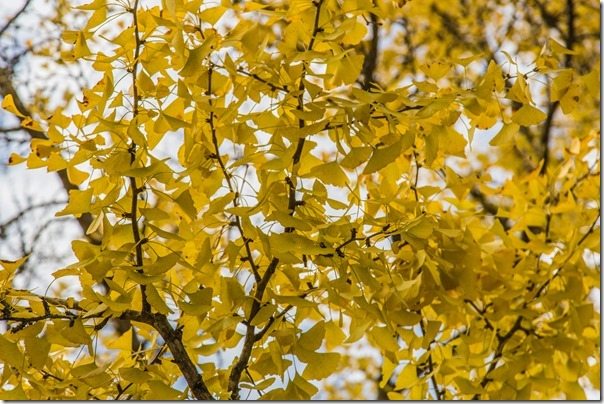 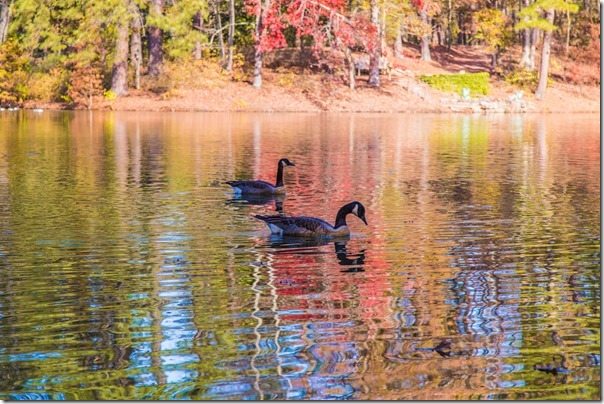 I took a one mile walk around Aldridge Gardens. 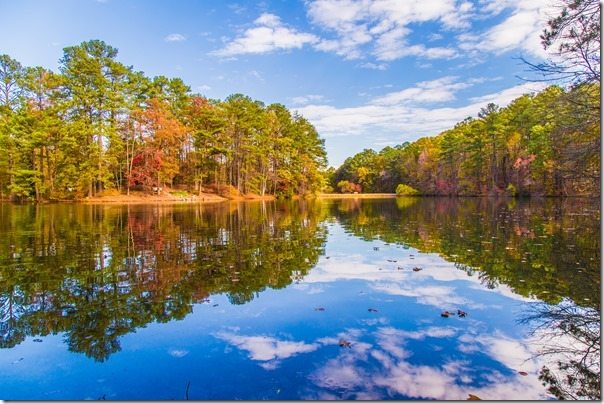 Then went on a 4.7 mile hike at Oak Mountain State Park with my friend Kristin and her daughter Taylor. 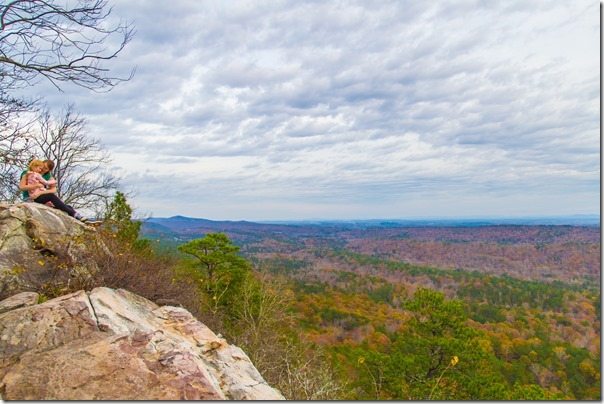 (Because they’d never been and she asked me for directions and I couldn’t let her get lost with her precious daughter.) 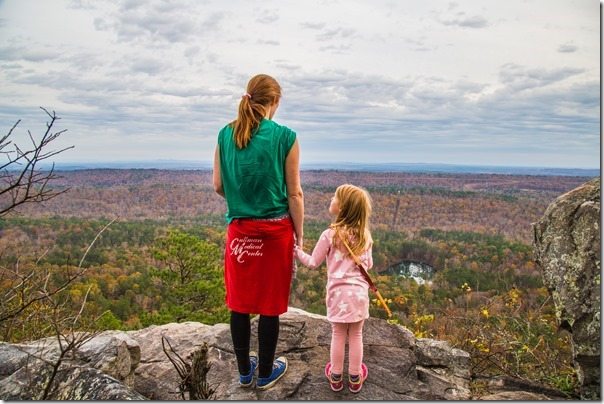 (But I made Kristin carry my camera backpack. Because I’m high-maintenance like that.) 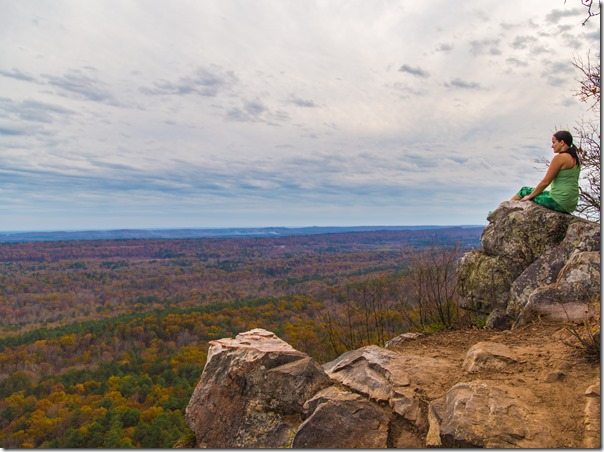 My steroid, Decadron, was my Saturday Superhero. And, as my friend Renee’s doctor-husband pointed out, Decadron even sounds like the most fierce of superhero robots that there ever was. 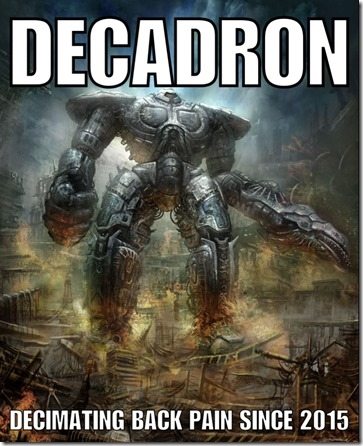 I went to bed Saturday night blissfully happy for having lived, for having gotten my heart rate up and helped my dysautonomia, and with hope for a brighter future of pain-free normalcy.

Sunday – Chris, being the enabling husband he is, suggested I skip church and go on another walk while I was feeling good. But, I felt like I should be a decent deacon’s wife and go to church for the first time in weeks.

But oh. I should have listened to my husband. Chairs in Sunday School and pews in Church are not made for neck support. Or for propping up one’s legs to take the pressure off of one’s neck.

I did not make it through Church. My neck and shoulder pain was back and it was angry at me. And Decadron had failed me.

I mourned deeply for Decadron only giving me 36 glorious hours and wondered if taking, say, ten Decadron, would bring me back my happiness.

(I’m never going to become a narcotics junkie, but Decadron? If it consistently gave me days like Saturday, I’d totally be strung out.)

So that’s where I am. Not exactly knowing when I’ll be out of intense and pretty constant pain, going to physical therapy three times a week, taking so many pills that Ali’s eyes widen in judgment, and still trying to homeschool my kids, be an accountant, provide my children with food and basic interaction, and not go crazy.

Don’t get hit head-on in a car accident, kids. It’s not much fun.