We’re not monsters – we aren’t picking our kid’s spouses for them. We actually have several potential options for each child.

(But we want them to stay within those possibilities we’ve picked out for them. Which is completely reasonable.)

In fact, so reasonable that Ali has agreed with us on the Number One pick we’ve offered Noah: Tessa. Because it would secure her some sort of sister-in-law-half-removed status with her best friend (and Tessa’s older sister) AJ. 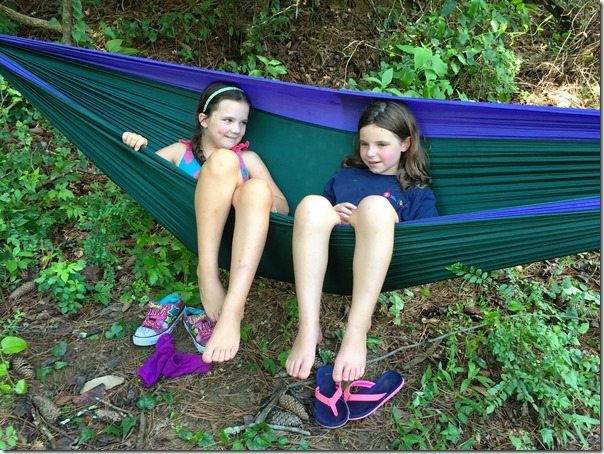 A little history: Ali and AJ have been best friends since birth – or at least since Ali’s birth, as AJ is three and a half months older. Ashley, AJ’s mother, and I began having weekly lunches with our infants toted along in their pumpkin seats. I remember our very first date – it was at Guthrie’s, and I poured out all my fears and horrified feelings of new motherhood over our chicken fingers and fries. Ashley assured me that she had felt all the same things and more, and I relaxed in relief that I wasn’t unfit for motherhood.

As the girls began to age, AJ hit every stage just before Ali, and Ashley was able to warn me what was coming. Or encourage me with what was coming, whichever it was for that particular stage.

Our mantra was “It’s only a phase. Good or bad. Everything is just a phase.”

She and I both struggled through those first few months (okay maybe a year) of parenthood, and both had fears about starting all over with another screaming, non-responsive infant. But we settled into our life with our only toddlers who looked oddly alike, and continued our weekly meetings.

By the time the girls were a year old, they were magnetized to each other in a bond that we ourselves didn’t realize the rarity – usually one-year-olds don’t have best friends. But these two didn’t know any better. 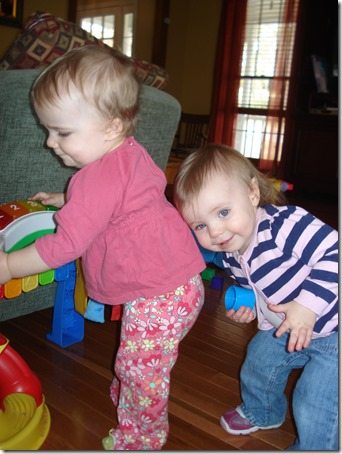 Their friendship only grew as Ali (finally) learned to walk, and they began to be able to converse with each other. 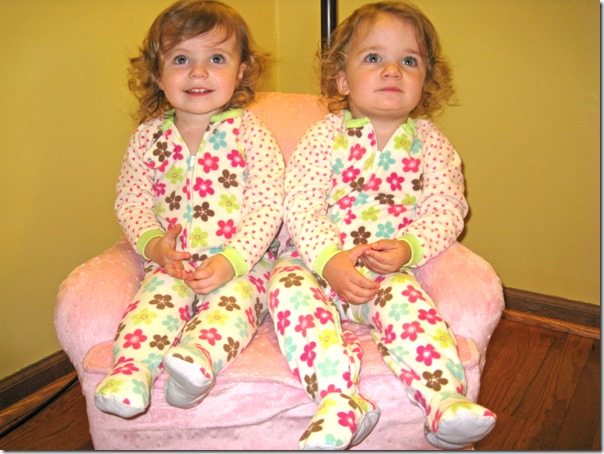 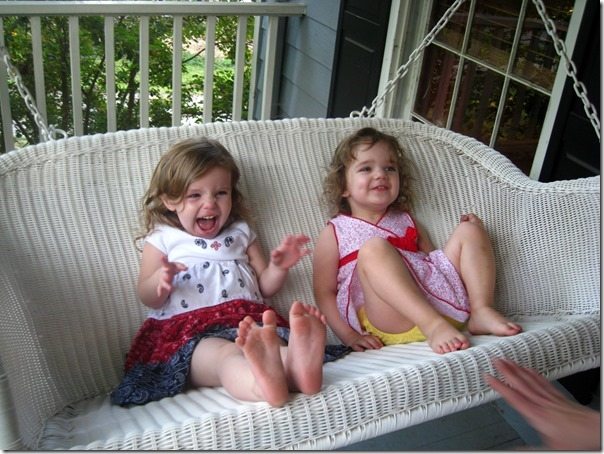 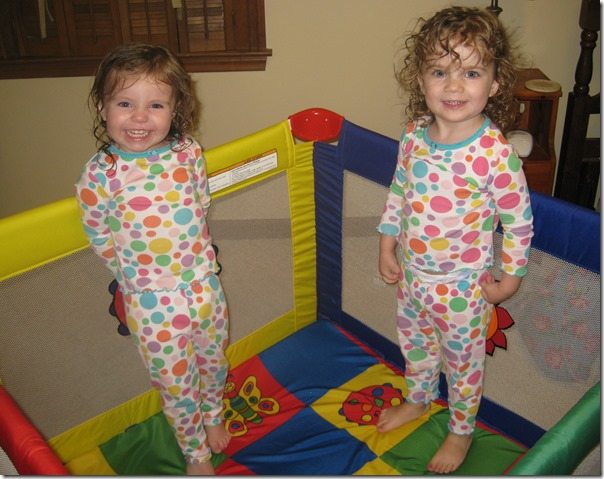 Then, AJ got a little sister: Tessa. 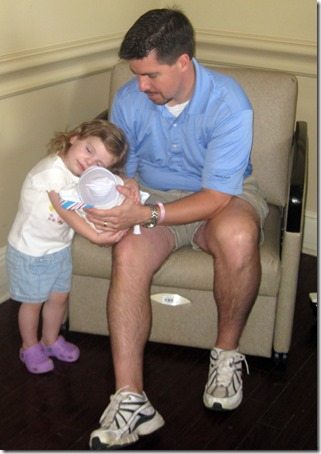 Ali was there to support her friend in the waiting room, 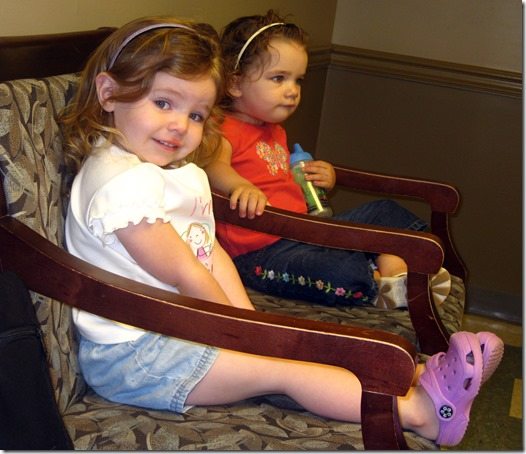 Despite the early hour, 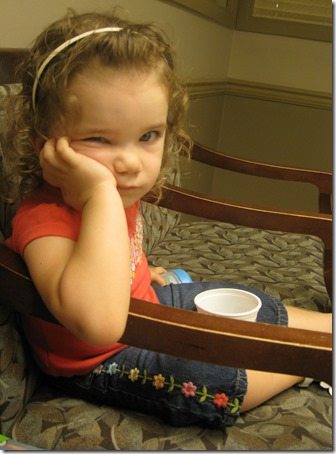 And even shared AJ’s first glimpse of her new baby sister. 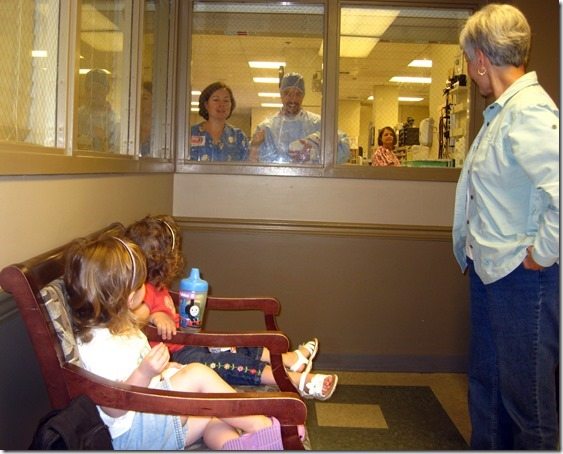 It took us a year to get pregnant with Noah, and meanwhile, Ali and AJ just got tighter in their adorable friendship, 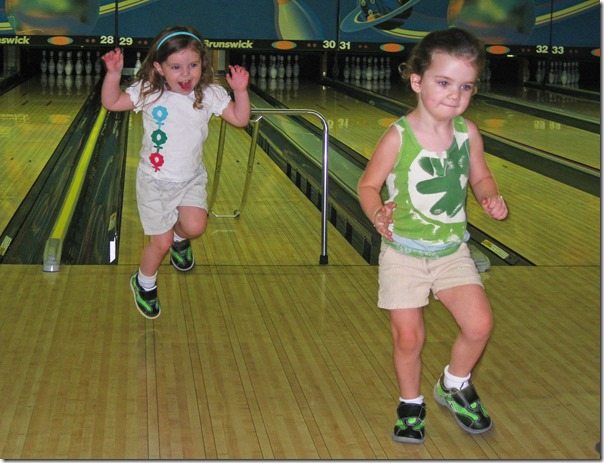 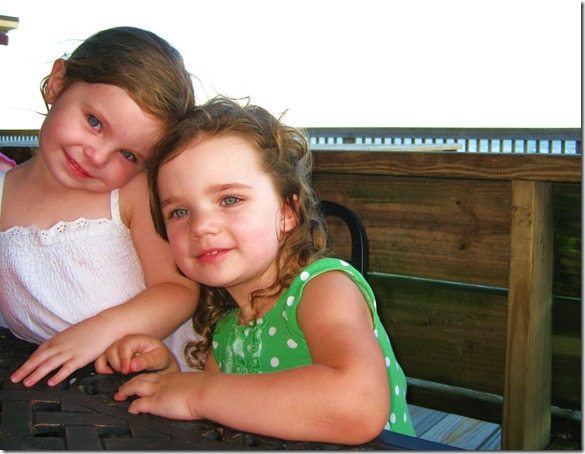 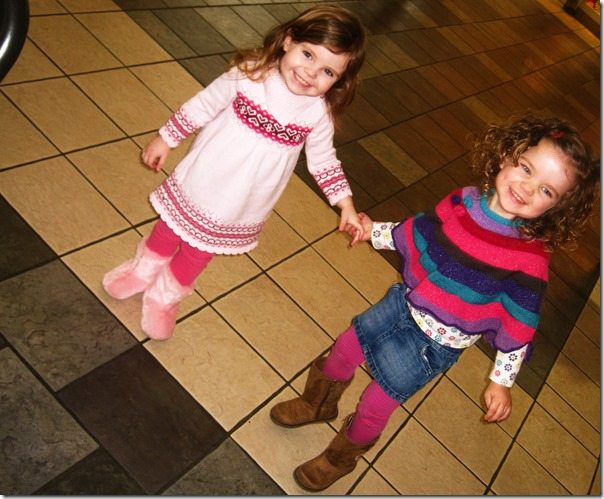 And Tessa just got cuter. 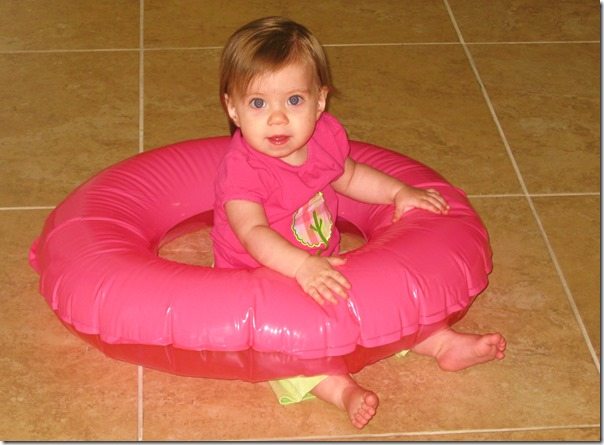 But all of Ashley’s insights again proved true for me – the second baby was so much easier. 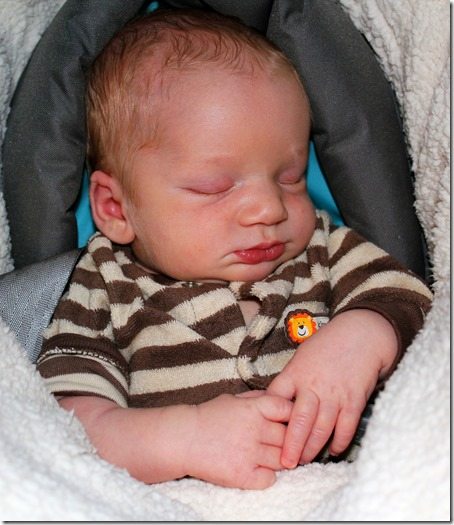 (But not so much for her, since Noah thoroughly peed on her upon their first meeting at the hospital.) 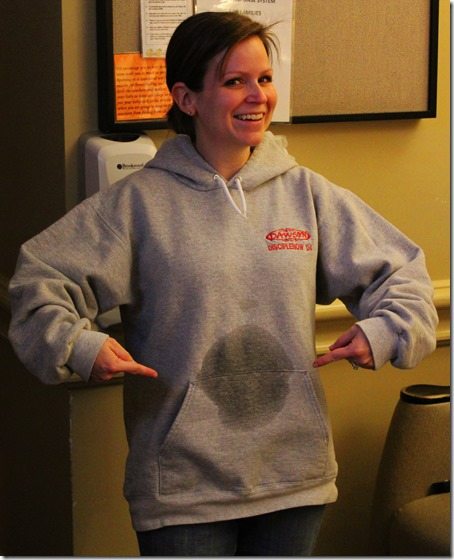 Our playdates became even more fun as Noah grew old enough to play with Tessa. They didn’t notice their age difference at first, and it seemed to help that there wasn’t much of a size difference. 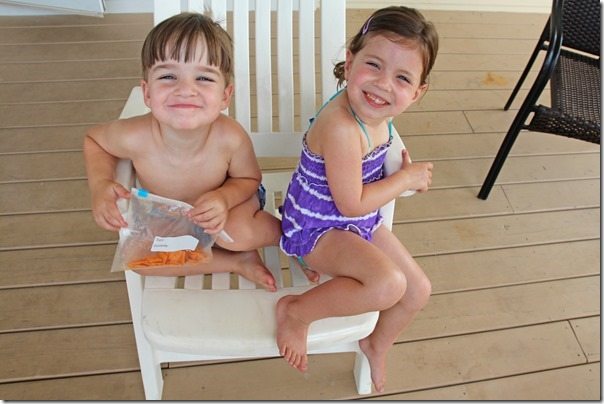 It didn’t take us long to all agree that the two of them should definitely be on each other’s short list for future spouses.

But as Tessa grew more aware that she was 18 months older than Noah, she began to feel the pull to play with the two older girls. Our playdates began to have angst and sorrow, as Tessa would join successfully, but Noah wasn’t quite old enough to not be a complete bother to the mature play of eight-year-olds.

Then this week happened. We had our last playdate before school started. A fun day by the Cahaba River, followed by lunch. 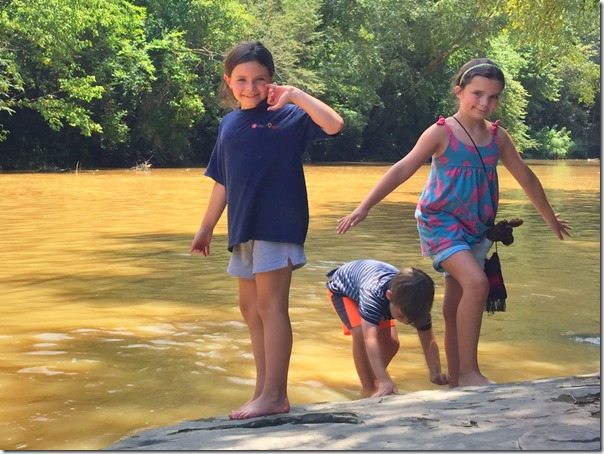 The older girls, scheming for more time together as they always do, proposed a Kid Swap, and begged us to make it happen. Their plan was that for the rest of the day, Ali would go with AJ, and Tessa would come home with Noah.

We discussed the plan – but ultimately, we had to check with Tessa.

After all – we knew Ali and AJ wanted to be together, and I knew Noah would adore the opportunity to have Tessa to himself. But what about Tessa? Was she good spending the afternoon playing with a younger man?

She readily agreed that Kid Swap sounded like the best of ideas, and that sealed the deal. If Tessa was on board, we were on board.

I drove away with Noah beaming and Tessa adorable. 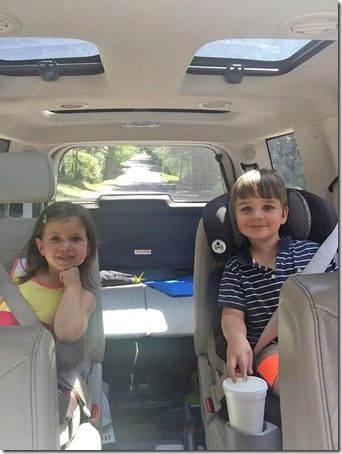 From the beginning of their conversations, I knew the afternoon was going to be a delight. And furthermore, that this was the key to stealthily arranging their marriage: quality time with no older siblings around to complicate relationships.

Noah, watching Tessa file her nails for the tenth time that day: “I’m not allowed to have fingernail problems in Daddy’s new car.”
Tessa: “Try my file. It’s what princesses use. Their maids come in when they’re in the bath and carve down their fingernails with a file.”
Noah: “Sure. Let me try that.”

Yes, this Happily Ever After was right on track. 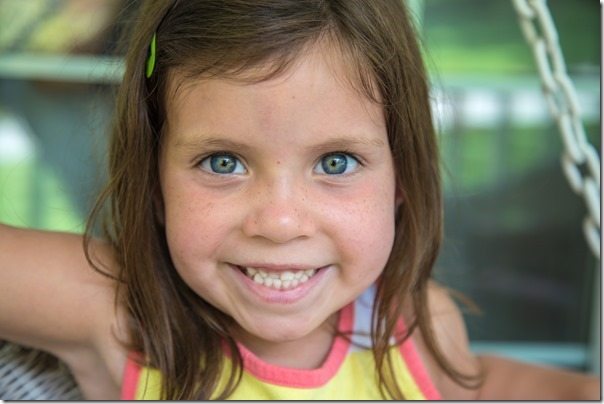 Yet both of them seemed to understand exactly what was going on in their soap opera of bad guys, volcanoes, injuries, speeding tickets, wrecks, parking garages, and naps.

At one point, I heard Noah assure Tessa in an even voice, “Okay girl, don’t worry. The ambulance is on the way.”

She replied back, “Thanks, Dad!”

At another point, he successfully cast her broken leg with a dollhouse blanket and a hair tie. 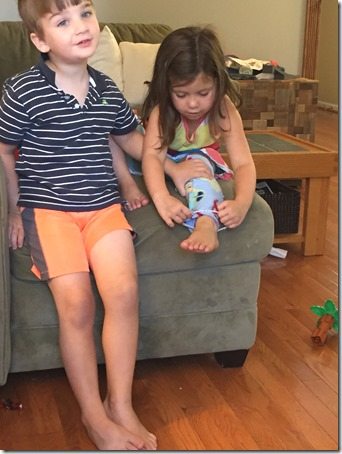 Three glorious hours of bonding, as future spouses should do. And I’m convinced the game would have kept going until they were old enough to say “I Do” if I hadn’t had to, with much regret, interrupt it to take Tessa home.

6 thoughts on “Arranged Marriage By Stealth.”