“Hey Eli, would you like for me to tell you where to stick it?”

These are the jewels that you hear when you travel with a three-year-old and a six-year-old boy.

(No, Noah had no idea what he was saying. Yes, he said it in the kindest, sweetest little boy voice ever. Yes, I laughed heartily.)

If you take them to a Mexican restaurant, there will likely be double dipping. 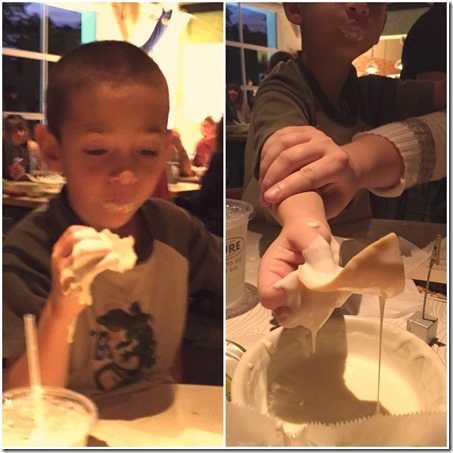 If you let them loose in a double hotel room with a balloon, it will assuredly feel like you’re trapped in a two-foot box with 563 espresso-hyped hamsters. 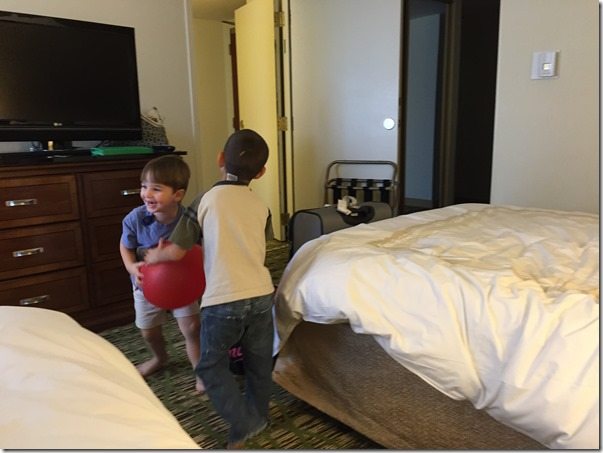 But then, if their granddad shows up, they will miraculously become still, tiny little angels. 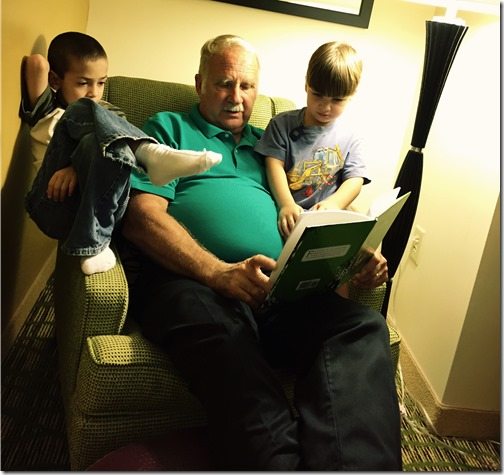 My sister-in-law Lindsay and I ditched our three daughters and took our two sons to the races in Atlanta. My Dad is a Tech Inspector (i.e. he takes the cars apart before and after the race to check for cheaters) for a series of races formerly known as American Le Mans but recently purchased by NASCAR and given the unfortunate name of Tudor. Unfortunate when two small boys are involved, anyway. 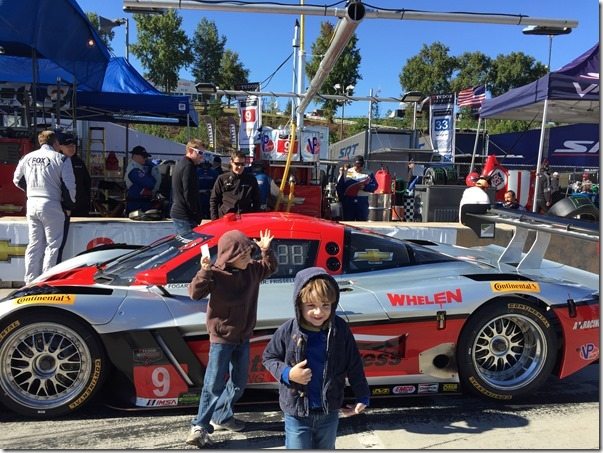 But regardless of unfortunate naming choices, our sons experienced ecstasy that day.

They got to walk through Pit Row with my Dad, 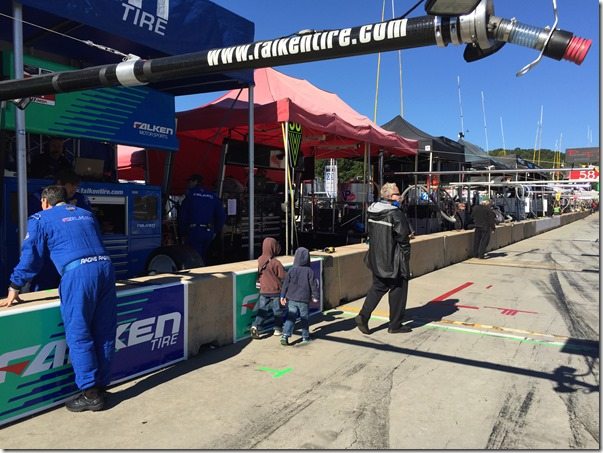 Where racing teams told them secrets, 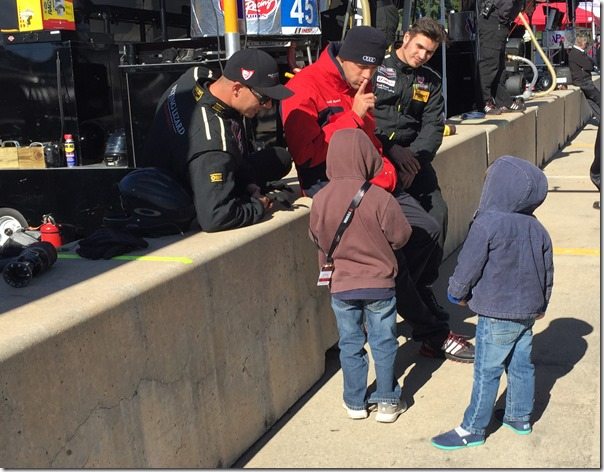 Taught them how to cut zip ties, 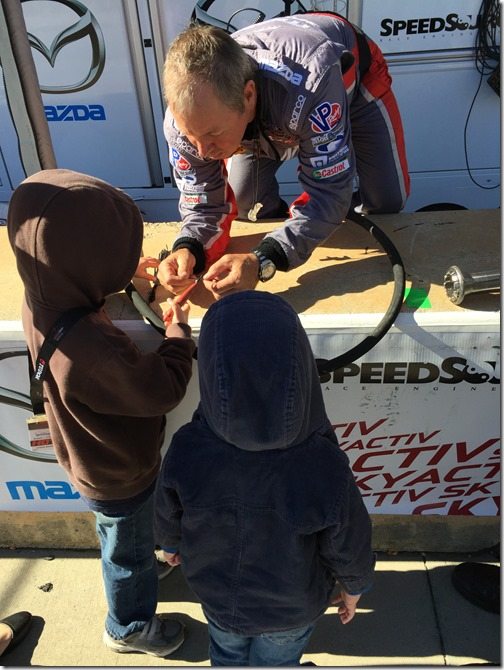 And in general enthusiastically entertained our children. 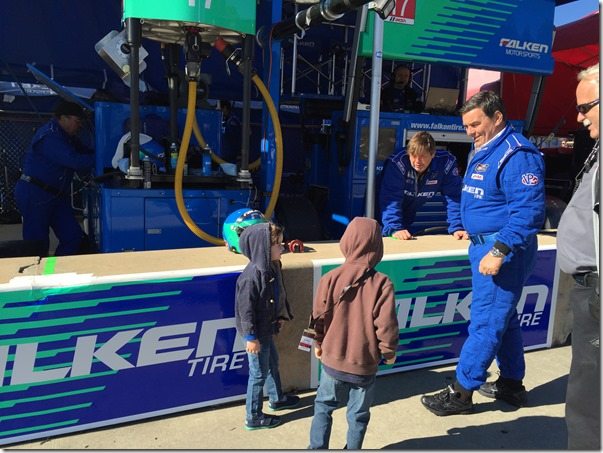 There were cars to BEND OVER and look into (you really don’t realize how small race cars are until you see them next to a three and six year old), 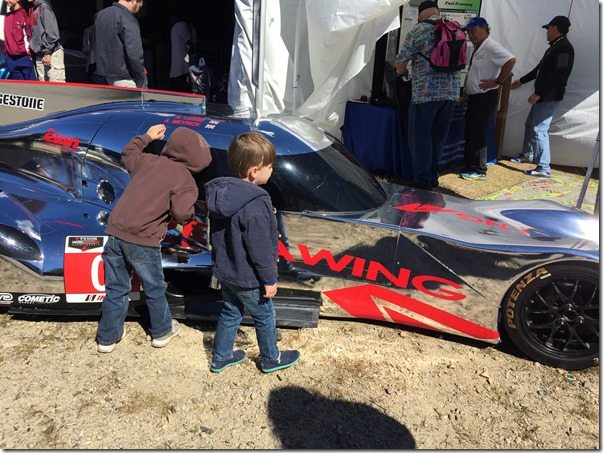 Lifts to ride up and down, 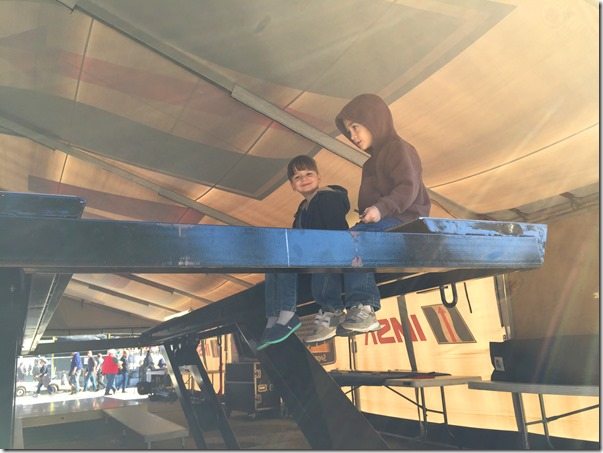 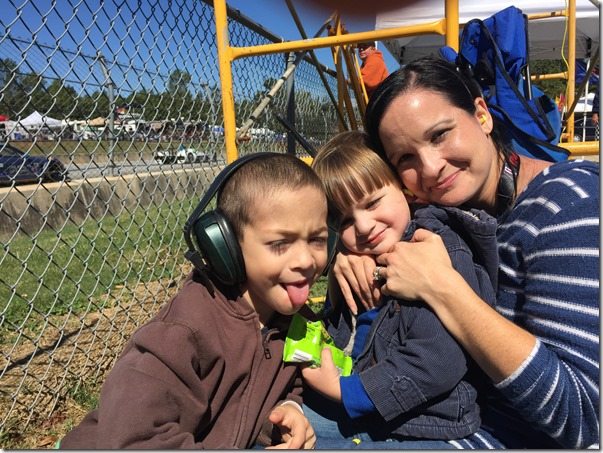 Other people’s selfies to watch happen, 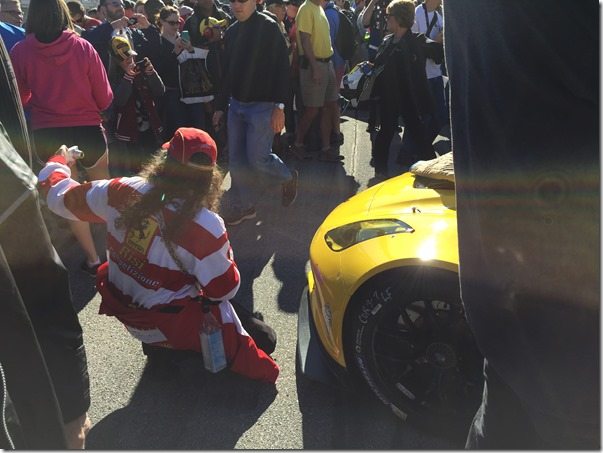 And drivers to avoid. 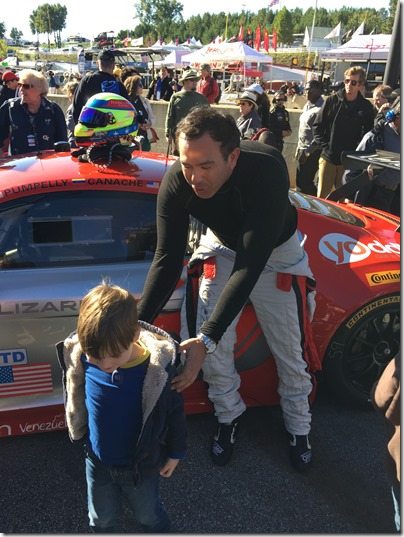 Dad yanked this driver(?) out and said “stand here with my grandsons.” 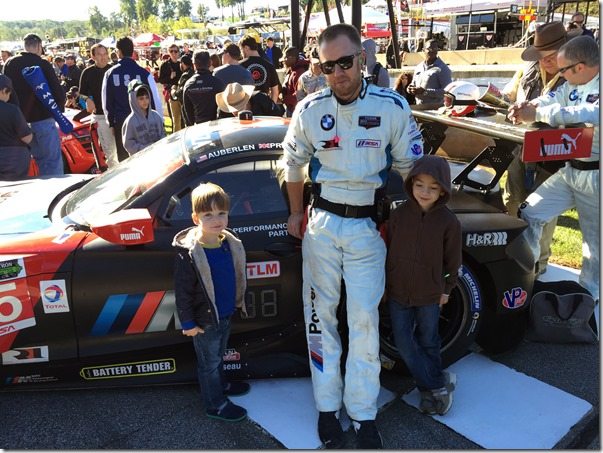 Noah remembered from last year where our team allegiances lie, though. He even remembered how to copy my sing-song fan-girl voice really well, going super high at the end of, “We’re going to go see Patrick Dempseeeeey!!!” 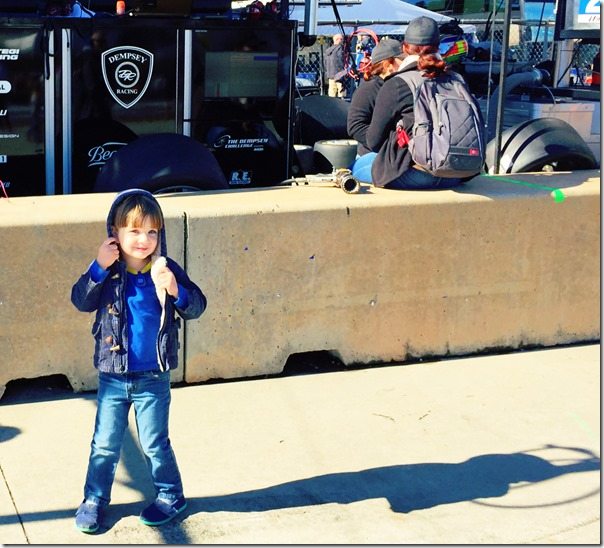 But, alas. Another year, another lack of Dempsey in our lives. He was there somewhere, though. Just not there with us.

Meanwhile, back at home, Chris was convincing Ali to go running with him on the coldest day of the year so far, 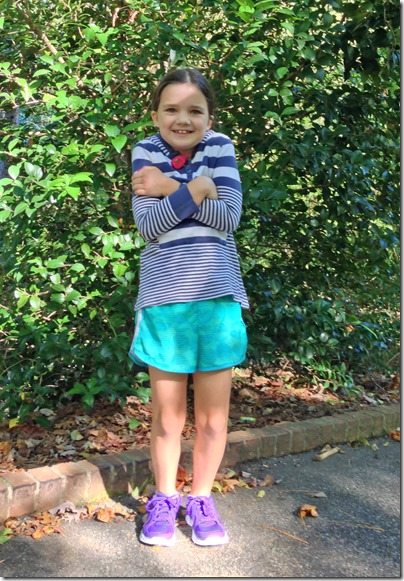 And my brother JC was attempting to figure out how to manage curly hair. 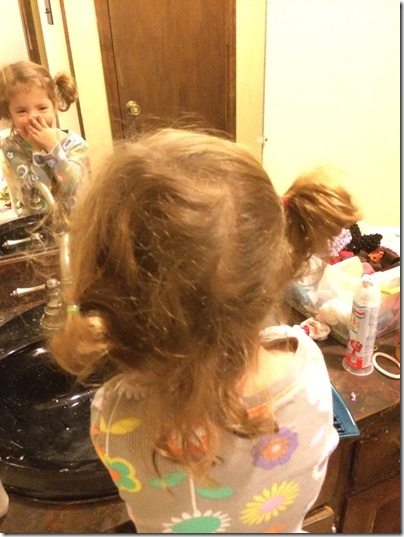 We had the better end of the deal.

We found a place by the fence to sit for a while, 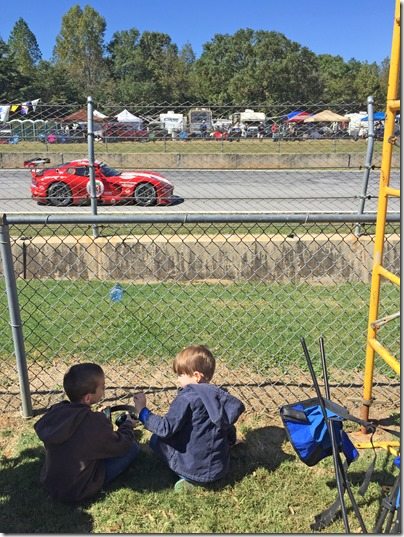 Which really ended up in us doing everything we could to contain our sons. 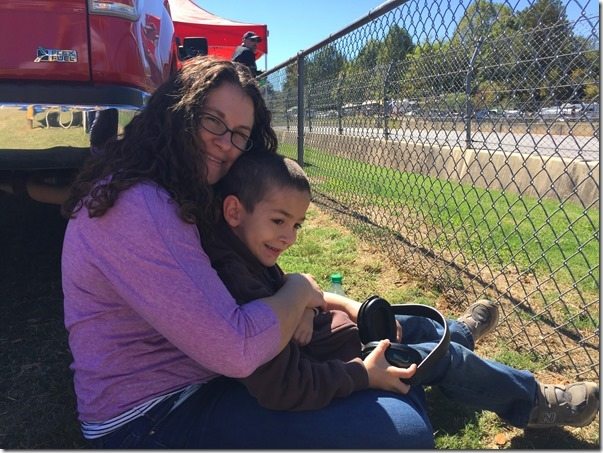 And get their eyes to rest on the racetrack for at least two seconds together. 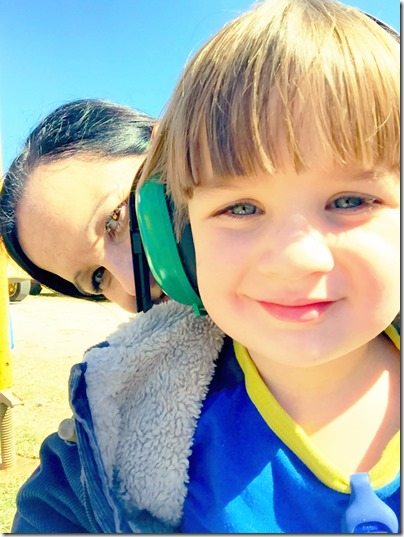 Thankfully, there was a bounce-house at which we ended our day.

Which, by the way, my experience at the bounce-house was a highly improved activity with earplugs. 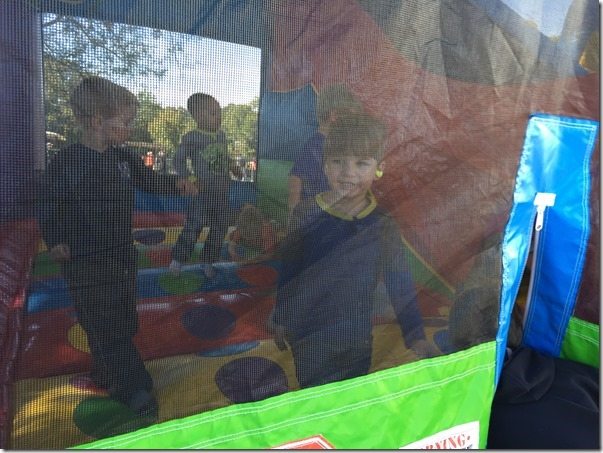 Correction: ALL of life with boys is highly improved with earplugs.