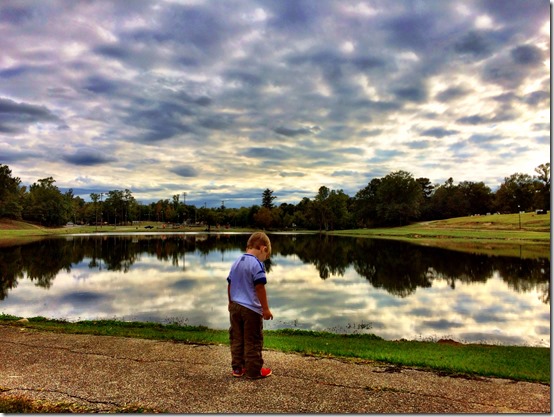 There are times when it would be immensely convenient for toddlers to be taller.

During Potty-Training, for instance. Especially for the hand washing segment. It is a delicate art indeed to balance a child between you and the countertop so that both of your hands are available to help them while leaning on their fragile little bodies hard enough to prevent slippage, but lightly enough so as to not bruise their kidneys or break any ribs.

Also, if they were taller, their longer legs would be faster, therefore making your use of the phrase “For the love of Mommy c’MON, dude!!” much less necessary on an hourly basis.

But then there are occasions when their shortness is so magnificent, so wondrous, and so relieving that it is something worthy of its own Thanksgiving Day Parade.

I was in my closet getting dressed last Thursday, enjoying two seconds of not being in the company of my two-year-old. He knew I’d snuck away and could sense my joy. So OBVIOUSLY, he quickly came running to correct the situation.

I didn’t look up, trying to finish the task at hand and hoping that if I ignored him he’d go find some other poor half-dressed soul to pleasure with his company.

Until he said, “I’m taking your picture, Mommy!”

And I realized that he had the iPad. Pointed directly at me. Adjusting his angles while he smiled at the image on the screen.

THIS is the punishment I get for being snarky about iPad Photography? REALLY, Universe??

I was one leg in and one leg out of skinny jeans, so basically in a straightjacket times two. I had no doubt in Noah’s ability to somehow broadcast these photos to all of America and half of Europe in less than half a second (kids these days), so I hysterically hopped into the other pants leg as he kept joyfully hitting the photo button with a giant, proud grin on his face.

This is when I made the groundbreaking discovery currently sending shockwaves through the Physics Community that Skinny Jeans function in an eerily similar manner to Chinese Handcuffs. The more frantically you tug, the more sturdily they trap you in their maliciously shrinking grip.

“I take your picture AGAIN, Mommy!!”

I finally dove at him and jerked the iPad out of his sticky little fingers, hopefully ending his creepy photography career forever or at least for the day.

Then I hastily scrolled through his artistry.

And now I know what I look like getting into skinny jeans from the eye of a toddler. 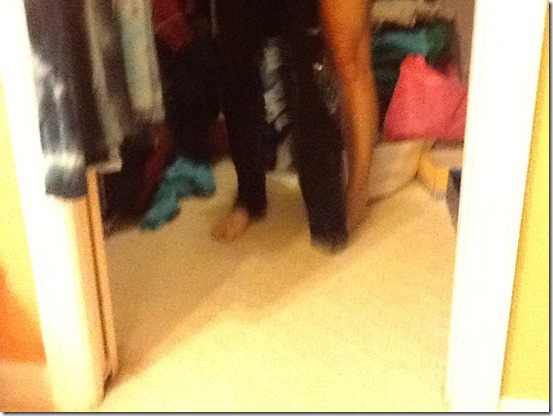 And then jumping like a spider monkey with his tail on fire when I realized what was happening. 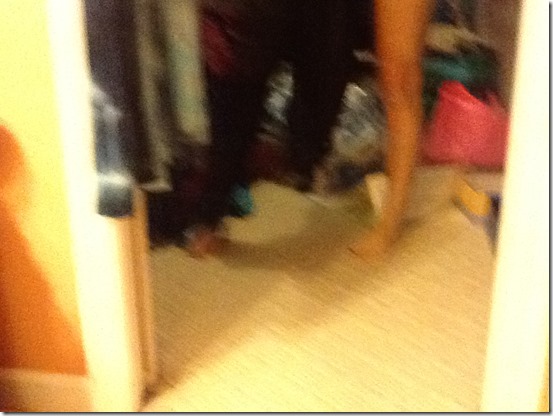 (And how messy my closet floor has become.) 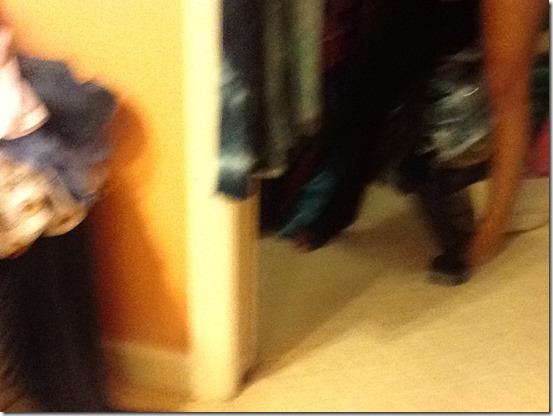 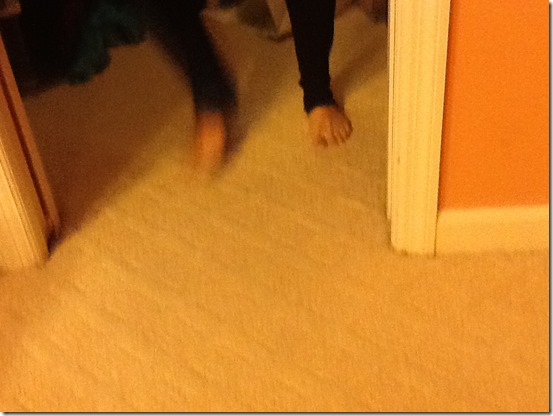 So let’s have some Turkey and Gravy and celebrate his stature. And bust all the cameras before he gets any taller.

11 thoughts on “Why God Made Them Short.”