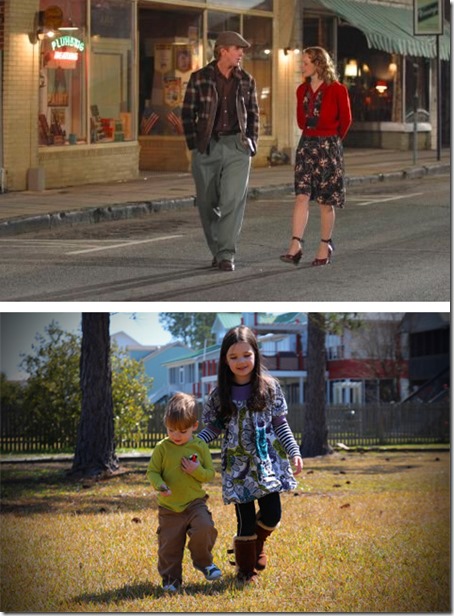 For the past two and a half years, I’ve been intending to watch The Notebook.

It all started around the time that we chose Noah’s name. It didn’t take long for the first girl (it was always a girl) to add two and two together to make eight.

“OH! How cute! Ali and Noah. Are you naming your children after The Notebook?”

“Um, no. I’ve never seen The Notebook. Are those the character’s names?”

Sure enough, every few months, I would see The Notebook Light Bulb go off over some female’s head.

Even though I wasn’t too thrilled with the situation of having people assume I’d named my kids after Nicholas Sparks characters (I’d watched A Walk to Remember and had decided that Nick had too much of a tragic mindset for my taste), I figured that I should probably know “The Noah and Allie experience” so that at least I knew what females were thinking about me when they made their assumptions.

So it sat in our Netflix queue for a while…then I found it for $5 at Target (which was less trouble than actually getting around to our Netflix queue)…and so it sat on our entertainment system for even longer.

Every now and then, I’d suggest watching it, but Chris would veto me. And not because he’s opposed to mooshy movies (he’s an equal opportunist when it comes to genre – Saving Private Ryan, Pride and Prejudice, and Star Trek/Wars are all cool with him) – it would be because he wasn’t in the mood to cry, and we both assumed it was quite tragic.

Finally, last Friday night, Chris and I must have been in the exact perfect emotional state. There was a three-day weekend ahead of us…the kids were in bed on time…we were prepared in case of tragedy.

So I popped it in, we snuggled up, and we watched the movie.

I’m assuming that we are the last people on Earth to watch The Notebook. And as such, here are my thoughts, spoilers though they may be.

– I seriously doubt that 1700’s piano could have still been in even a remotely recognizable state of tune. But yet she was able to play it. And not a single key stuck. Four of our keys stick and our piano isn’t even from the mid-1900’s. Let’s have a bit of realism, Sparky.

– What ever happened to Noah’s luggage? He rode the bus to Charleston…ran off of the bus to catch up with Allie, and then…did he go to the bus station and find his luggage? In his morose sadness at seeing her kiss another man, did he abandon his luggage? IS HIS LUGGAGE SITTING AT UNCLAIMED BAGGAGE IN SCOTTSBORO ALABAMA RIGHT THIS SECOND?? I must have closure on this issue.

– If Allie really was crying herself to sleep every single night over the fact that Noah hadn’t written, don’t you think she could have taken a wee bit of initiative and, say, walked to the mailbox herself just one time in 365 days? I mean seriously, Allie. I thought you had spunk.

(And the fresh air would have probably helped your chronic depression, too.)

– Allie’s mother’s exposing dance move was disturbing on a very deep level and is still emblazoned in my mind. Thank goodness that Chris and I never went dancing with our parents.

– What happened to Lon, the nice, extremely rich young man? I have some single friends that I would love to set him up with…

– When  Allie was driving while crying and almost hit a big truck, all I could think about was Downton Abbey. STUPID DOWNTON ABBEY. They could take some lessons in NOT crashing cars and killing key characters.

For the record, I did not cry during the movie, although it did make me feel all kinds of romantic feelings toward my husband. I did, however, cry the next day while creating Noah a car playlist of the various and quite random songs that we sing him at bedtime, 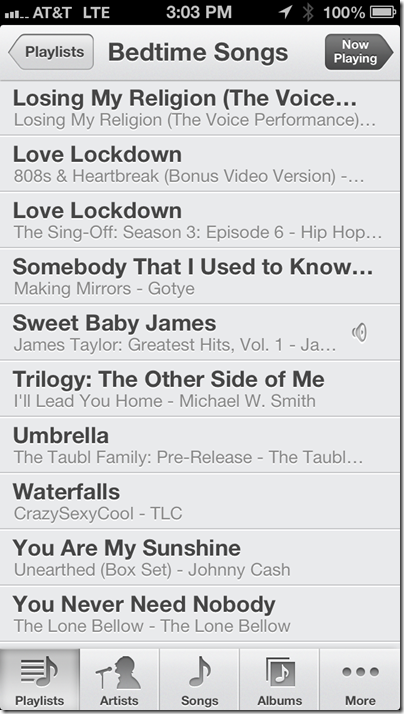 when  “You are my Sunshine” by Johnny Cash started playing. And he sounded old, decrepit, and just like Old Noah would sound if singing to Old Allie.

But I’m blaming that on having just left the eye doctor due to an adverse reaction to conjunctivitis steroids which created huge amounts of pressure in my eyeballs.

The tears had to get out somehow, right?

So there you go. We did not name our kids after a movie. And we never would have, because I would have first needed to know what happened to the luggage.

22 thoughts on “An Analysis of the Not the Namesake of my Children.”