Chris started asking me what I wanted for Christmas in November.

Being a woman and expecting him to read my mind, I didn’t answer.

Being a mere mortal man and unable to do so, he continued asking.

Sometime in mid-December, he began asking with a greater level of forcefulness.

I still ignored his question.  But really, I was just too guilt-ridden to tell him.  Because I’m a mother.

(A woman’s ability to excrete guilt from her system is permanently inhibited at the moment of her first placenta’s departure.  I’m sure that’s a scientific fact.)

Finally, a week or two before Christmas, he said something along the lines of, “You have GOT to tell me what you want for Christmas or you’re going to wake up Christmas morning and find a vacuum.  And none of us want that.”

“You really want to know?”

“And I’ve been asking you all this time…why??”

“Exactly.  I need time with God, time to get caught up on some blogging housekeeping, and time to clear my mind from the holidays.”

But Chris is the type who must provide something to unwrap on Christmas morning, so he had a variety of small gifts in preparation for my trip. 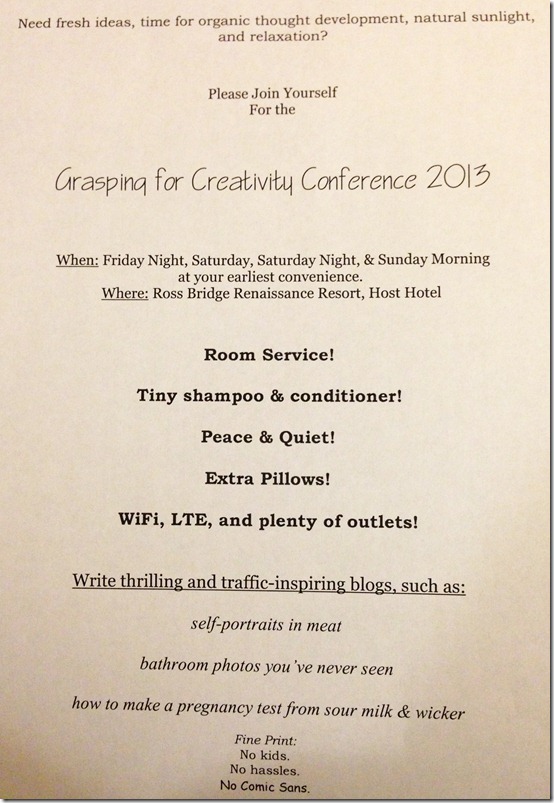 I chose the weekend after all holiday insanity was past.  As a reward to myself for surviving the Thanksgiving – Noah’s Birthday – Christmas – New Years – Ali’s Birthday  – Bathroom Tear Out and Rebuild Circle of Insanity.

And, just to make sure I fully appreciated my retreating, Ali got her second ear infection ever on New Year’s Day, and Noah added his nine-day SuperIllness.

Now, I love my kids, but one weekend of trading this: 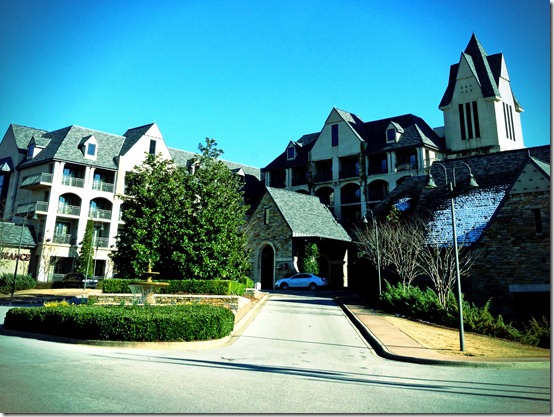 was like vacationing from the Communist USSR to the Swiss Alps.

But Chris hadn’t needed the healing, holding, or gutting.  And after all, he was the one who so willingly gifted me with my time away.  So I decided to have my cake and eat it too, and invited him to join me for part of my retreat.

Which meant that the kids got a bit of renewal, too – at The Grandparent’s House: 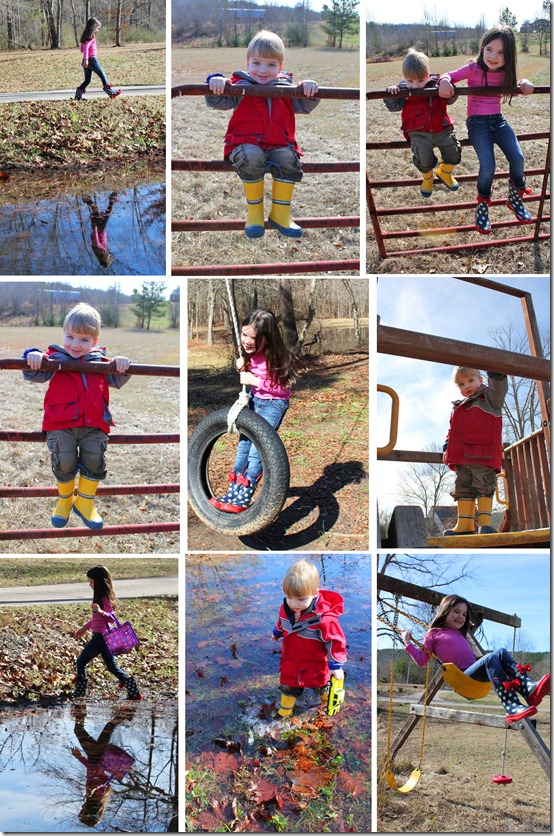 Clearly, this was a win/win/win.

(And even more clearly, I need to learn to mitigate unnecessary guilt.)

As I set off for my retreat, my step a little lighter, I noticed that my purse was not.  Upon further investigation, I realized that I had been carrying around a pair of Ali’s shoes for two days.

As I delved deeper into the abyss, I began to ponder: maybe it wasn’t the kids weighing me down after all – perhaps, just perhaps, it was all of their crap I was lugging around. 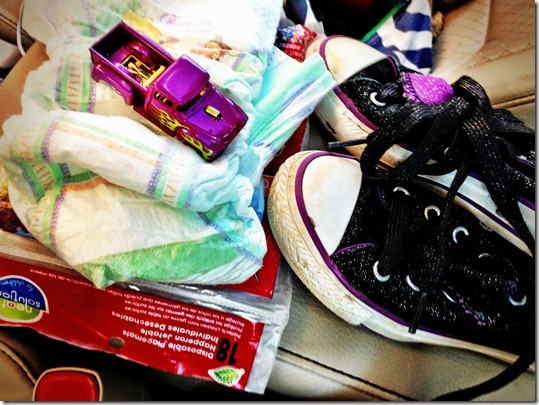 I arrived at my room and the first thing I pulled out was my new favorite relaxation method: 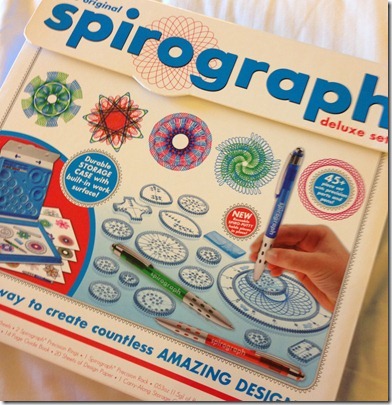 Yes.  They did indeed just re-release the Original Deluxe set.  And yes, I bought that one all for myself.

It’s like yoga for the hands.  And eyes.  And mind. 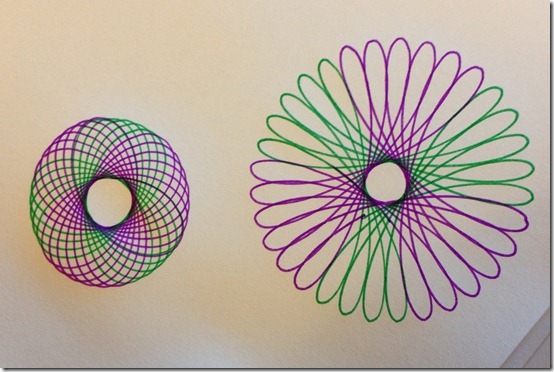 At 4:30 that afternoon, I heard the faint sound of bagpipes.  I looked out in the parking lot, and there you have it.  Ross Bridge employs a bagpiper.  Who knew? 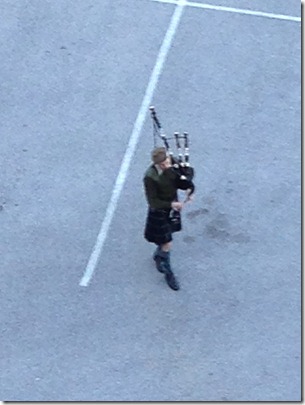 The bagpiper somehow made the Birmingham mountains that I look at every day seem much more exotic, and even closer to being Swiss Alps. 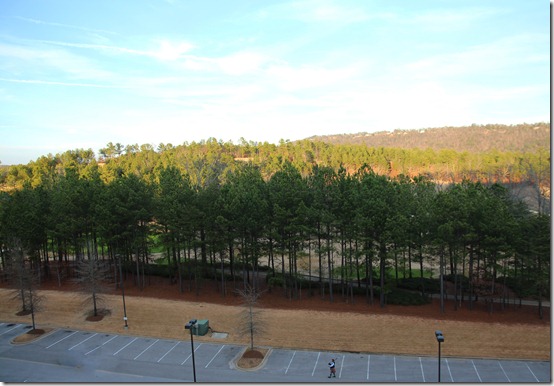 (What?? I’m sure that Scottish Bagpipers vacation in Switzerland.)

Chris joined me after work and commandeered my ice bucket, turning it into a vase. 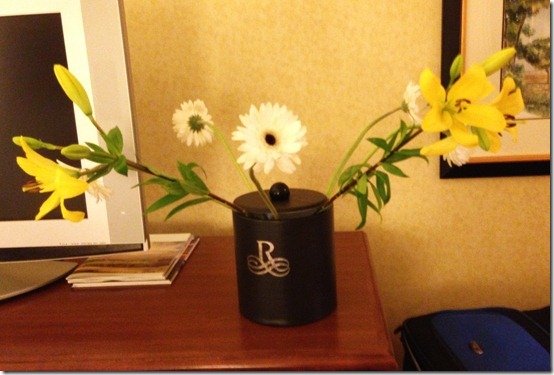 Later, we rearranged and placed the flowers next to my brand new “Happy Light” – an experiment I’m trying to combat my sluggish brain function due to gloomy winter weather. 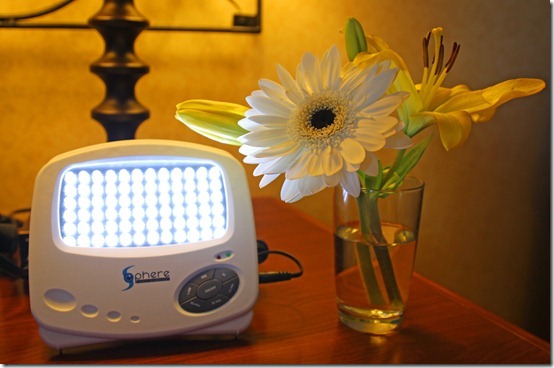 (So far I like it, by the way.  Not sure it’s returned my mind to it’s formerly functioning state, but that could be irreversible damage done by offspring, so there’s that.)

I spent Friday night with Chris, Saturday and Saturday night by myself, and even ordered room service Saturday night, thereby fully indulging in retreat luxury. 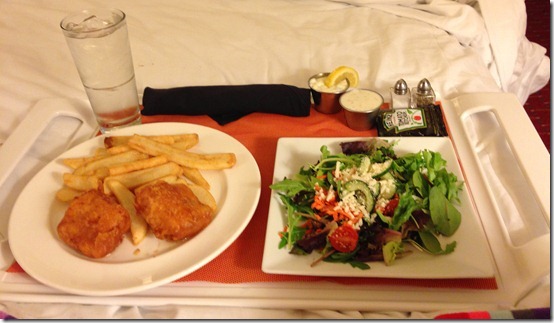 I didn’t get quite as much accomplished as I had hoped, but I did get a lot done, and more importantly, regained my mental footing, enjoyed the silence, and rejuvenated spiritually.

Aaaaand…I might have wallpapered my hotel room in Spirograph. 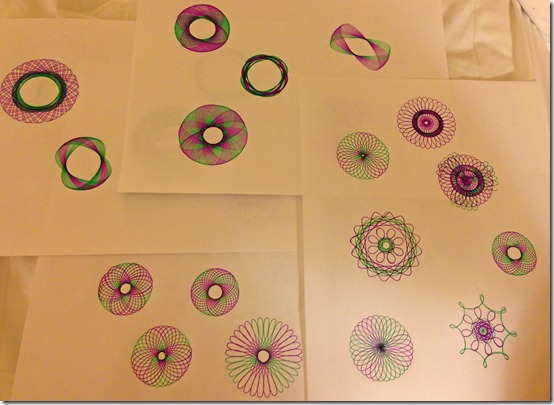 And when I returned, I couldn’t wait to see these happy smiley faces. 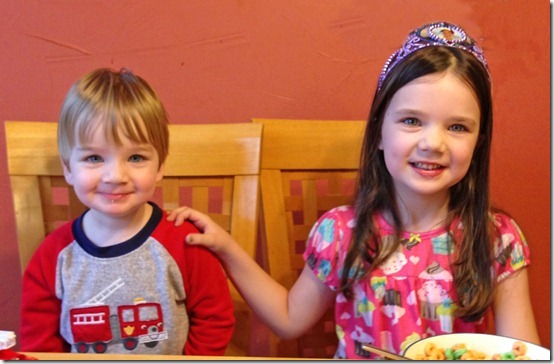 Mommy Retreats should be mandatory.

47 thoughts on “The First Annual Grasping for Creativity Conference.”