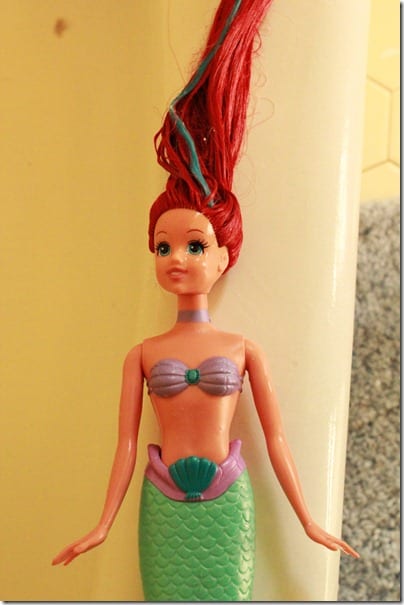 She was a good friend.

A great one, really.

Given to Ali for her birthday two years ago by her chosen future husband, Ariel has been a constant reminder of the love and tenderness that exists between Ali and Ethan.

After all, every girl wants a sensitive guy – a guy who can appreciate the value of a Princess.

Ariel has thenceforth been a wonderful bathtime friend, allowing Noah to suck on her head and Ali to shampoo her hair, preferably in that order.

Although her hair didn’t exactly change colors like her box claimed, nor did her fin exactly have magical designs appear when wet, she was nevertheless an invaluable part of every bath, few and far between as they may be.

After having her head sucked and her hair washed, she was innocently floating along in the bathwater, dodging soap bubbles and conditioner floaties.

Noah was busy enjoying his screams against the bathroom echo and splashing the bathwater with tsunami force, and I was combing Ali’s conditioner-filled hair as I dodged Noah’s giant tidal waves.

And then he stopped.

He concentrated, leaned over and stuck his butt out toward Ali and the lazily floating Ariel.

And lamentably, he wasn’t feeling especially constipated that day.

The bathtub was quite suddenly colonized by a horrifying amount of floating objects, some looking way too reminiscent of the previous day’s dinner.

I started screaming at Ali.

She was facing the other direction, and looked at me, in her un-hurried fashion, very puzzled.

She looked behind her. She gasped and I could see it in her eyes: this nightmare had gone directly to her long-term memory, where she would be holding this moment with bitterness and rage against her brother until they were both enjoying the care of a retirement facility and Red Jell-O Lunches.

She jumped out of the bath right before the first piece of flotsam reached her.

Still yelling, because it seemed like it would somehow help the situation, I commanded for her to run to my bathtub and wait for us there. I pulled Noah out and had him standing, leaning against the Tub-That-Shall-Not-Be-Named, completely naked and hopefully intestinally empty.

I began scooping the largest chunks out with the bathtub pourer, also later tossed due to the tragedy. I then took a breath, held it, closed my eyes, and reached into the pit of Complete and Utter Diabolical Hell and pulled the drain plug.

I tried to hold back my own vomit as I looked at what I was going to have to clean up later, then carried The Evil Culprit to the other tub.

I mercilessly scrubbed both children, then stuck a diaper on Noah and stuck him in his crib, hoping that his incarceration would prompt some soul-searching and penitence for his heinous* crimes.

Then I did what any mother would do: I took a photo of what was left behind in the bathtub and texted it to my husband, demanding Triple Mommy Combat Pay for the entire day.

(I fully expect bountiful thanks for holding you in too high of regard to traumatize you with that photo.)

Then began the cleanup. It involved a copious amounts of cleaning solution, an entire bottle of hand sanitizer, and many, many rinses with near-boiling water.

But Ariel – nothing could be done.

There was no way that I could possibly ever trust that mess of tangly red hair to not be housing eighty-nine different forms of bacteria a la feces.

She had to go.

I considered whether or not I should tell Ali. Sometimes out of sight out of mind is a valuable parenting technique.

But Ariel deserved more respect than that.

She took the news well, far beyond the maturity of her years. Or possibly because she now found the victimized Princess just as disgusting as I did.

And as for the perpetrator of Ariel’s death? 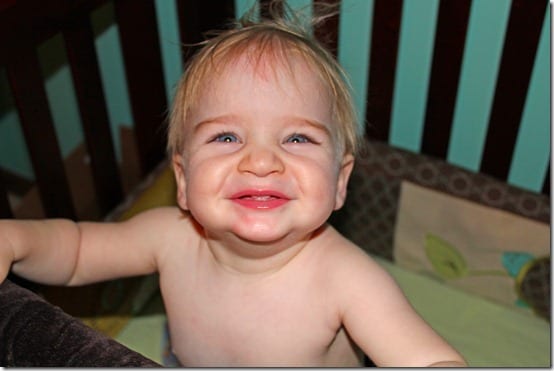 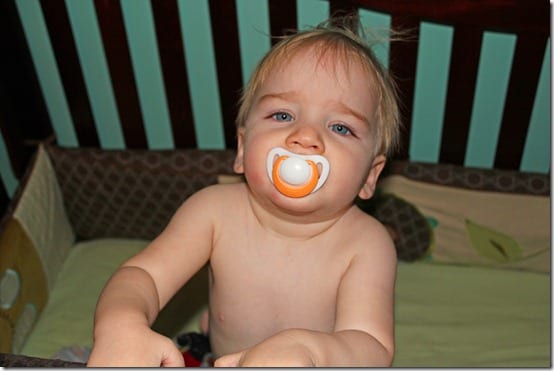 But his evil cackle exposed his complete lack of remorse over the burial of Ariel. 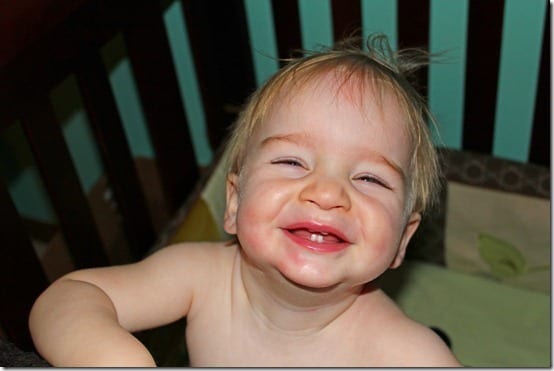 35 thoughts on “The Death of a Princess.”