Being the little brother comes with its risks.

If you are the little brother to another brother, you will need to prepare to be used for tackling practice, karate practice, as a human first base, and to be the person continuously pummeled at every Nintendo game ever made.

(I was a little sister to a brother and was subject to these same endangerments on a daily basis.)

But to be a little brother to a sister – that’s an entirely different set of occupational hazards.

The risks of sisterly torture can be measured on The Continuum.  It starts out mildly enough, but the torture goes beyond endurable by the male race.

If said boy child is lucky, his Father will interject his masculine authority early on in The Continuum and refuse to let the older sister continuously subject his son to anguish.

If not, however, The Continuum will teach him to endure much pain and suffering.

The Continuum starts off harmlessly with…

Then it gets a wee bit more torturous:

Then it splits up into less palatable options…

7. Playing with Barbies, brother gets to play with Ken.

But he better hope she has a Ken doll available, or …

6. Playing with Barbies, Barbies, and only Barbies – maybe with a Skipper thrown in for variety.

Then the dress up box comes out.  If brother is lucky,

5. Playing dress up, brother getting to dress up as the Prince.

But if he’s unlucky on any particular day…

4. Playing dress up, brother having to dress up as another Princess.

Then the torture goes to semi-permanent levels.

And then, finally, the Ground Zero of Sisterly Torture:

Noah has begun his journey down the path of The Continuum.

He earned his Level Ten Badge of Torture upon attendance of his first tea party. 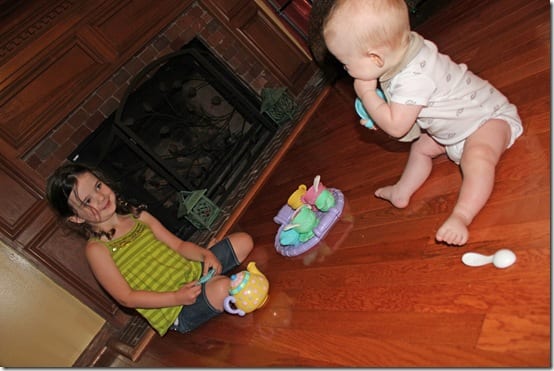 He was taught how to properly hold the cup, 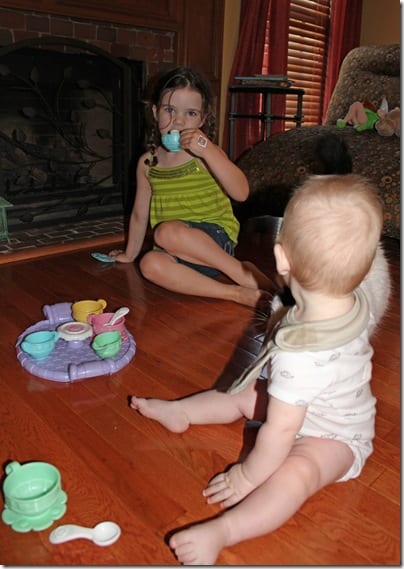 Then was given the arduous task of learning how to lift said cup. 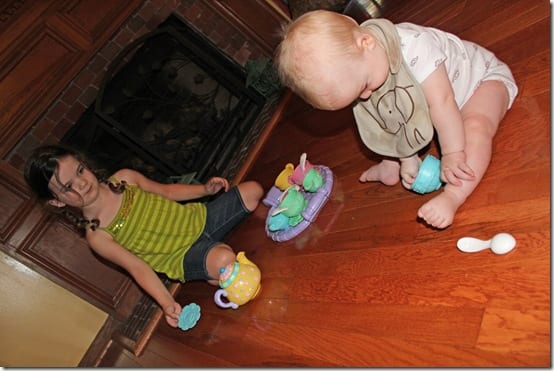 (At least he was given the blue cup…to be thrown a bone of masculinity in a sea of girlishness is all a brother could hope for, really.)

Success was made – his tea sipping skills proved to be quite acceptable. 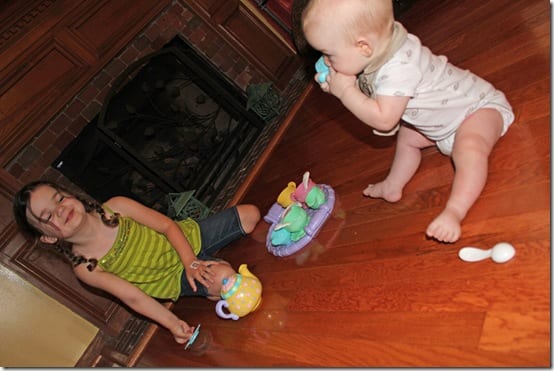 …which, unfortunately for him, will only increase the speed of his descent down The Continuum – straight down to Level Eight: 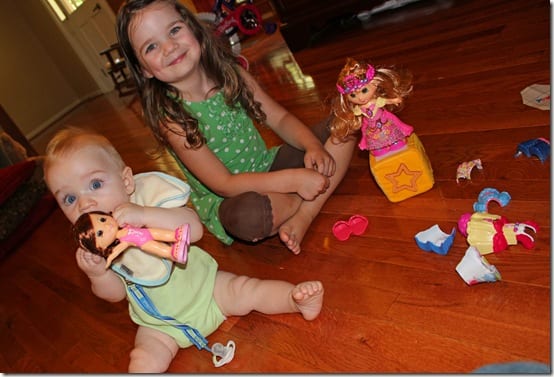 The Occupational Hazards and Tortures of Little Brotherdom are risks that he will have to take on – starting, perhaps, sooner than he had hoped.

13 thoughts on “The Continuum of Little Brother Endurance.”