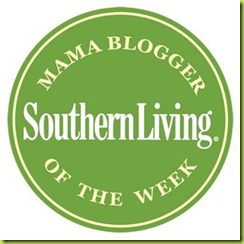 The blissfulness of Living in the South often goes underappreciated, both by those who live there and by those who have never had the pleasure.

When I have told other people that I’m from Alabama this weekend, I can see the assumptions in their eyes: 130 degrees 365 days of the year, no indoor plumbing, religionizing football, and full of rednecks.

(I have to give them the football one, but no concessions on the others.)

Ironically, the times that I have most appreciated my beautiful region is when I get to see it through a first-timer’s eyes. A few years ago, a friend of mine from Iowa came to visit. She was absolutely stunned at the lush environment of Birmingham – she wondered in amazement that there were beautiful green TREES everywhere – so many trees that it looked like you were in the forest right in the middle of the city! And the hills – you couldn’t see the city all at once, like a wonderful secret being revealed one delicious morsel at a time. 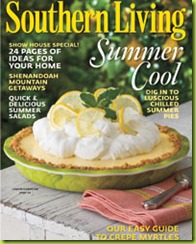 of our Region is the magazine Southern Living. I remember even as a child reading my Mom’s Southern Livings and being inspired to travel the SOUTH as an adult, not necessarily the rest of the world. And Chris and I have definitely followed through on that dream, discovering the amazing wonders of St. Simon’s Island, Folly Beach, St. Augustine, the Smoky Mountains, Savannah, and Kiawah Island.

(I know one thing: the oddly pallor trees in Central Park can’t hold a candle to anywhere in our South.)

And, while so many of our Southern prides have fallen away or changed (Such as our Birmingham Shopping Icon, the beautiful and classy Parisian being turned into a name that sounds like a guy being proud of his bodily functions – I don’t care if the owner’s last name IS Belk, no reason could make it worthwhile to replace the inspiration of it’s former name), Southern Living has stayed true to it’s roots, and true to our south.

So, I cannot tell you how honored I am that they chose me as their Southern Living Mama Blogger of the Week. To be considered a writer by the epitome of Southern writing inspires and excites me, just like their magazine always has. I hope that somehow in my writing, I can do what they did for me: inspire others to visit and explore the beautiful secret that is my South.