It’s been a very sickly house around here this week. Chris got a cold on Monday that stuck around all week, I’ve (obviously) not been feeling well at all (sorry, dear blog), and then there’s Ali.

You see, she’s got morning sickness. Bad. Except it’s the all-day-sickness variety, mysteriously just like her mother’s…

I feel slightly guilty, because her issues are obviously because I spend WAY too much time complaining, or just being a total slug due to Newbie’s total disregard for our contractually bound negotiations.

If anyone asks Ali how she is doing, she says mournfully, “I just don’t feel well.”

And, if there’s anything she ever doesn’t want to do or eat or drink, her excuse will be “I don’t feel too well right now.”

In the car, she must play on her LeapFrog because “It keeps me from getting queasy.”

Oddly enough, though, when we told her Saturday morning that it was time to go to Eli’s birthday party at the playground – if she felt up to it, that is – she was instantaneously and magically healed. She felt great!

The party location was at THE park – the amazingly fun one, but with no bathroom except for a Port-o-Potty. I told Chris that if Ali had to go, he was going to have to do it, because between my nose and my queasiness, there was no way I was coming within 100 feet of a port-o-potty.

So he made other arrangements. 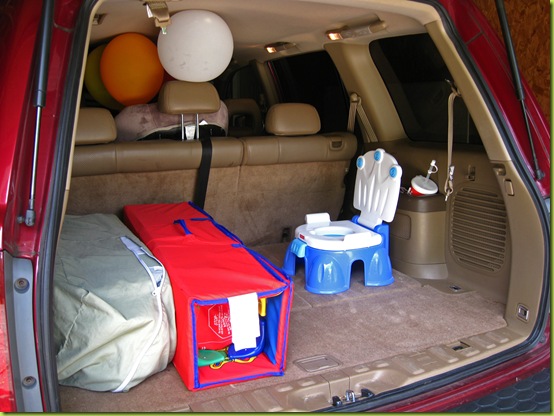 Ali said she was much too big for such a potty, but then we reminded her of that deep, dark, murky blue water, and she quickly agreed to be little again.

Chris tried to convince me that a car-potty would be a very useful thing to always keep in my car – after all, Ali needed it today – but my car doesn’t need any help getting filled up with crap.

Ali had the treat of PEZ on the way to the park, but was very kind to save her last three for Gramamma, Pop, and Nick.

By the time we got there, they had degraded to half their size by a mixture of sweat and saliva, 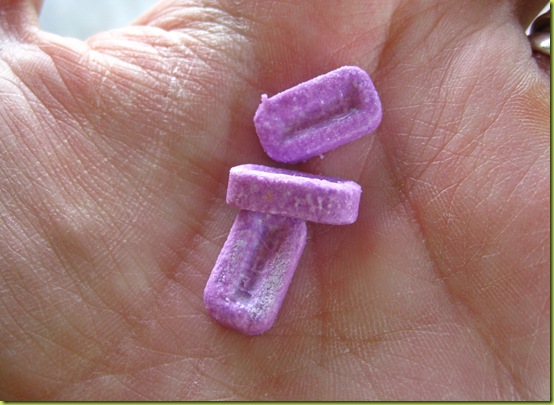 but she made me PROMISE to hold them until her intended recipients arrived, and hand them out appropriately.

After all, she was much too busy practicing her swinging techniques (step one: make as pronounced of a double chin as possible to maintain balance) to hold onto PEZ. 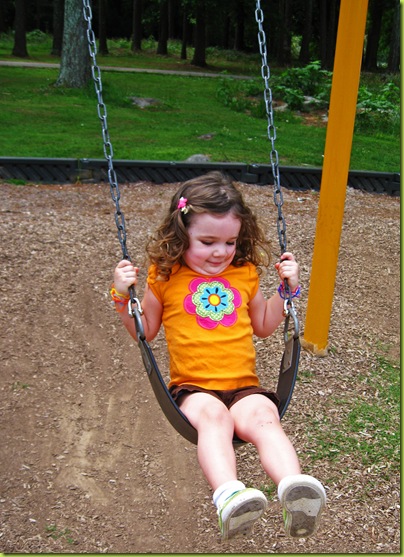 Two out of three of them ate their PEZ – but Ali found a discarded PEZ later in the party. I’m not sure who the ungrateful giftee was…

Eli opened his presents with the help of all the kids… 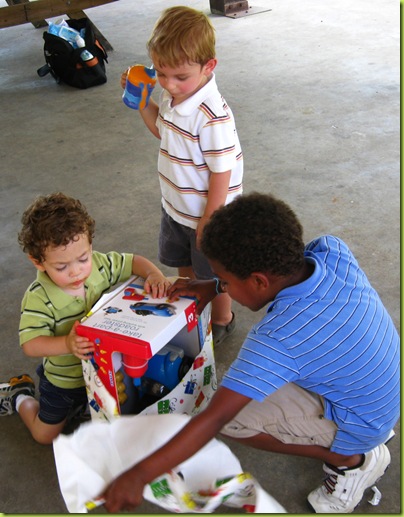 …except Ali, who was starting to not feel too well again and preferred to watch from a distance. 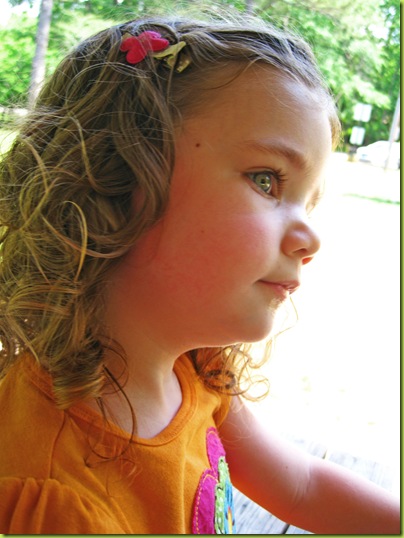 After a while, she ran and got her Uncle JC, and told him that he needed to come with her to the pavilion RIGHT NOW.

Because they needed to get on their knees and pray.

Because she wasn’t feeling too well. 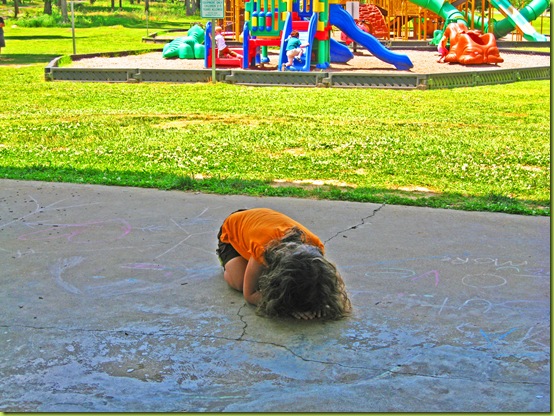 14 thoughts on “Parties: The Cure for (Kid) Morning Sickness.”