At any rate, I didn’t blog about it because, well, let’s face it: I was in no state of mind to be blogging about issues. But the basic idea was that Ali was completely and totally contrary and nonparticipative, ESPECIALLY if I tried to urge her to do it.

And so, my conundrum was:

She needs to obey me. At all times. The words “I don’t want to” should not come from her lips. Especially 6,543 times in 50 minutes.

However, no one wants to discipline because of something that is supposed to be fun. Especially if she was really just intimidated by her male substitute coach, as her regular coach was sick.

At any rate, I left that class a total confused and frustrated wreck.

I got wise counsel from my Mom to cut her some slack since she is rarely a disobedient child (and so therefore she was probably intimidated or scared).

We also had MANY discussions beforehand with Ali about having FUN in gymnastics, obeying her coach and Mommy, and getting pink ice cream if these things were done.

Although Ali was very positive about her prospects of obedience, I still approached this week’s lesson with dread.

The first few minutes of stretches and such were iffy. It looked like it was going to be a repeat of last week’s Mommy-Torture.

And then, after her coach set up an obstacle course and explained what to do at each station, something clicked. Ali was excited, cooperative, and more than happy to do everything I told her to do.

As long as the (still male) coach didn’t come by. When he did, she would completely freeze in place. Even then, she still obeyed my prior threats instructions to never say “I don’t want to” – she would just go silent instead.

(I guess she learned “If you don’t have anything good to say, don’t say anything at all” early.)

But luckily, her coach also learned from last week that she did better if he kept his distance and talked to me instead of her, and was very understanding of my toddler’s diva-like demands for lack of communication.

He did score major brownie points with her for putting out the PINK balance beam. Which she walked without cutting off my circulation holding my hand for the first time ever: 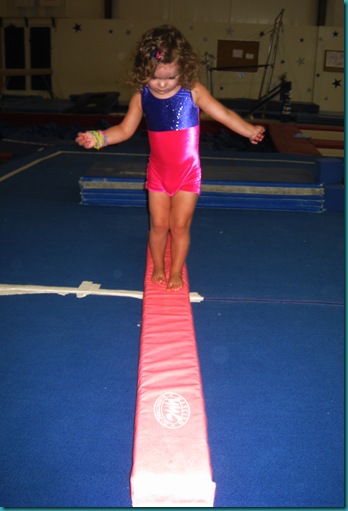 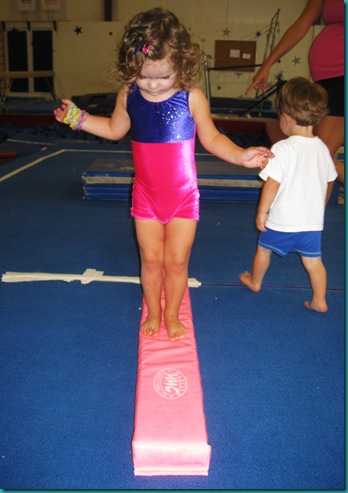 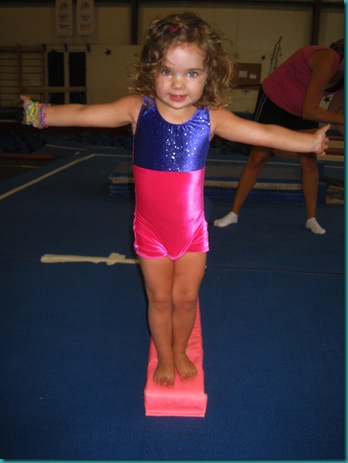 She was nothing but a blur on the Olympic trampoline: 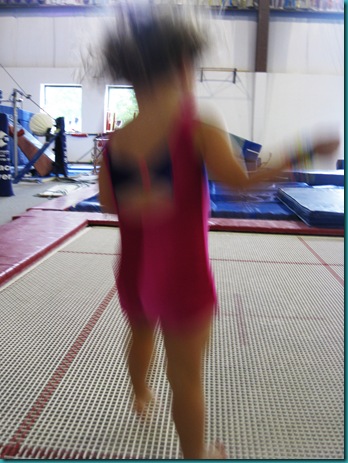 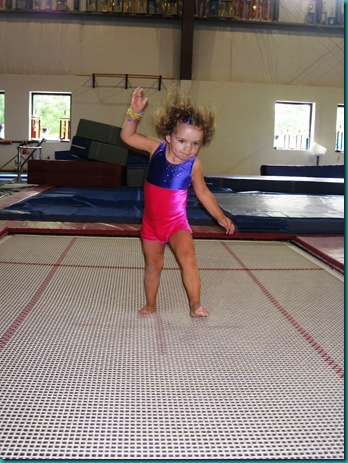 Which, by the way, makes toddlers go SCARY high. 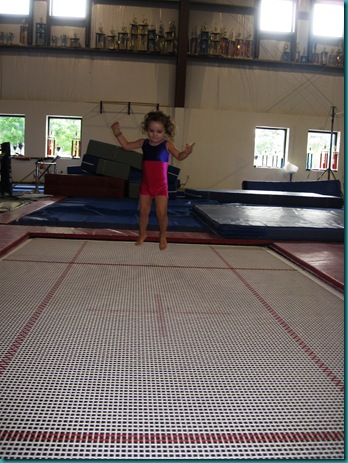 And, she even stuck her legs out (semi) straight and pointed at least one out of ten toes while swinging on the bars! 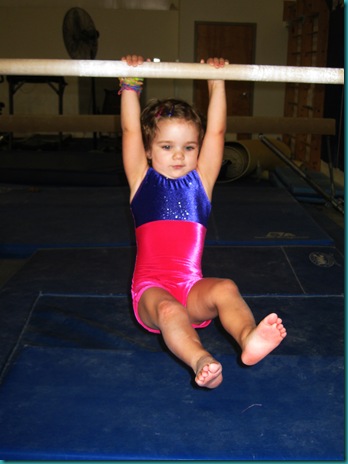 Yes, progress has been made. And it’s a good thing, too, because if I’d had another gymnastics lesson like last week, I might have to find myself a therapist and schedule weekly appointments directly after her class.

Victory was sweet, for everyone: 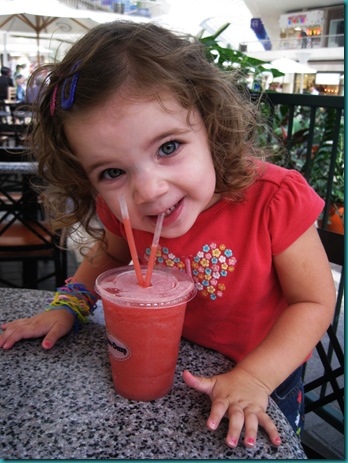 Yes, that is a second straw for Mommy.

And yes, I MIGHT have twisted her arm and told her how yummy pink “ice cream” was through a straw because I was really craving a sorbet smoothie.

At least I still have SOME of my toddler-persuasion powers.

12 thoughts on “Victory is Sweet Like Pink Ice Cream.”