Okay. So I just finished getting on my soap box about not wanting to be known solely as a Mommy Blogger, per say, at the Alabama Bloggers meet-up (which was AWESOME, by the way – I’ve come a LONG way in my socializing willingness since the last blogger meet-up I went to), and now I’m going to post an extremely Mommy-Bloggish post. So much for supporting my own argument. . .

Back in February, I had a MOMS group get together at my house where we made Valentines cards. Well, it was such a fun mess to clean up that I decided to do it again, this time to make Father’s Day cards.

AND none of the people that came this time came last time. Don’t know how that happened, but it worked out well, since I very un-creatively served the same snacks and used some of the same card-making ingredients.

I remembered that last time, us Mommies spent pretty much the whole time hunting down letters, while at the same time trying to keep our happy little card-makers in line.

SO, I decided that the best way to prevent this “inconvenience” again was to sort the letters.

The night before, I got out my ziploc bags, twenty six to be exact. Then I got out the cannister of letters.

It was quite intimidating. 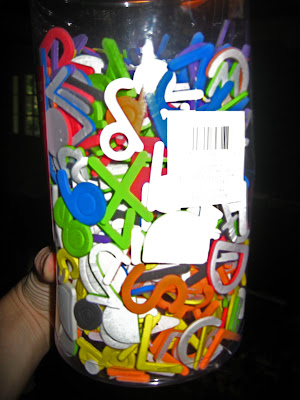 Especially since I had TWO of them. 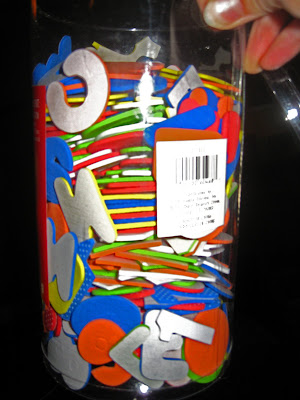 With, of course, the help of a toddler. 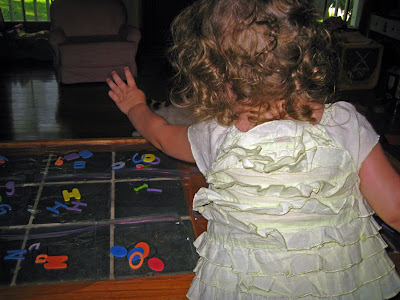 She lost interest somewhere between this 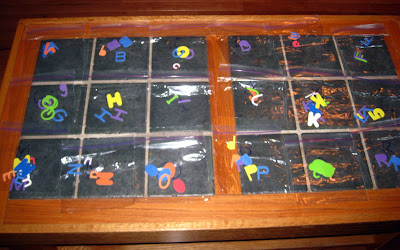 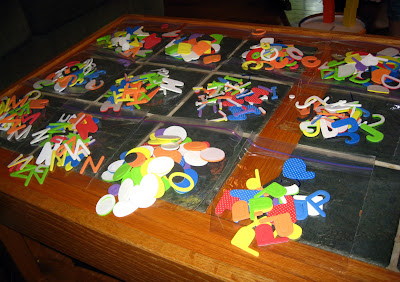 I cleaned and sorted and cut fruit and made lemonade. And I delegated – I asked Chris to rebuild the train table, of which he was elated for the opportunity.

He proudly showed me his finished design and said, “THIS is how I would have kept my train table if I had one when I was a kid.” 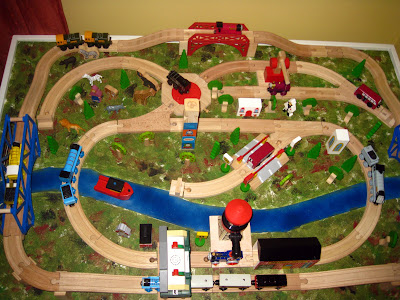 And, the after shot: 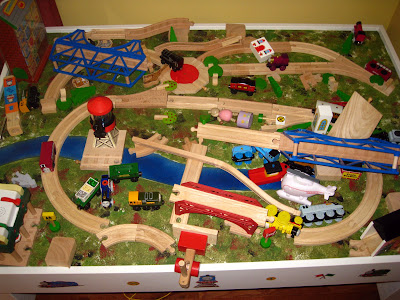 Of which Chris was also elated. He’s already planning his next design. It’s nice to be married to an Engineer. I would much rather sort letters than design train tracks.

So anyway, on to the card making: 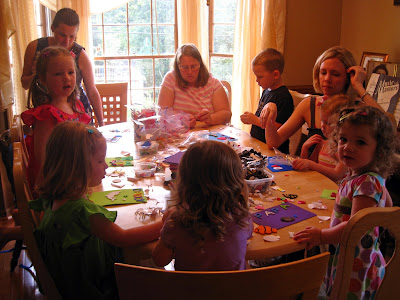 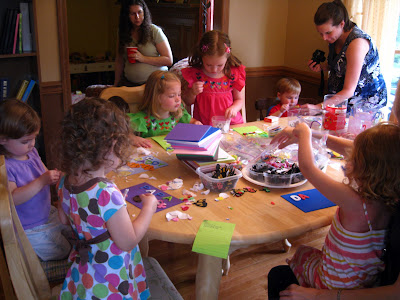 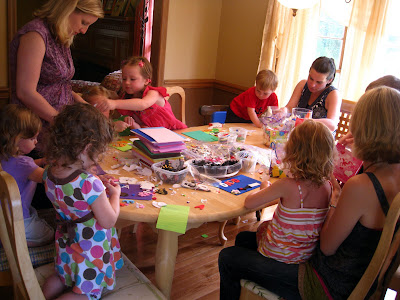 It was a delightfully fun mess. But you’ll have to blame Lydia for my lack of pictures of the COMPLETED mess, as she cleaned it up while I was feeding Ali and AJ lunch. 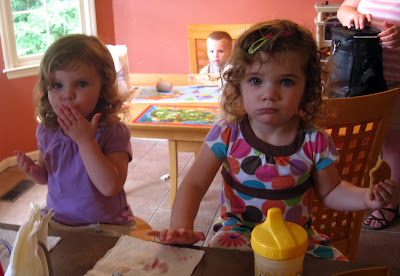 The NERVE of some people! 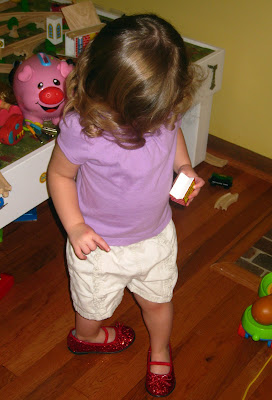 However, these slippers were also the demise of her outfit.

She went to the potty while I was upstairs (her Mommy was at home with new Baby Tessa), but apparently she has a quirk that she has to take off her shoes before tinkling. And, since they weren’t her shoes, she couldn’t figure out how to get them off in time.

After hearing “Miss RACHEL! MISS RACHELLLLLLL!!!!” echoing through the house, I found her, clutching the shoes above her head, sitting on the potty.

And there was literally one droplet of pee in the potty.

But the precious shoes were completely saved from soilage, as she hastened to tell me.

So we got cleaned up, changed and went back to play. Ali and AJ decided to amuse themselves by calling Zechariah “Zechaweegee” and giggling.

Zechaweegee didn’t mind their attention at all. However, Benjamin caught wind of it and came in, guarded Zechaweegee, and gave them a five minute lecture about not calling HIS baby brother NAMES. 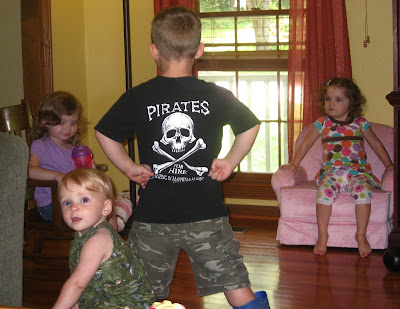 They didn’t act fazed at the time (gotta be tough around older boys), 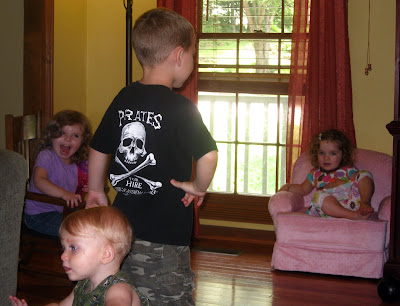 But they were both very penitent. 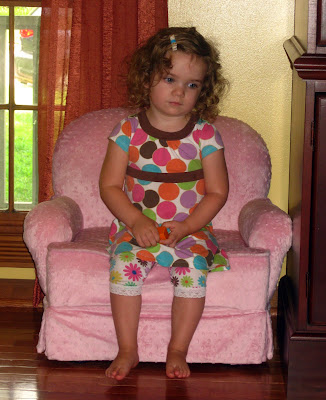 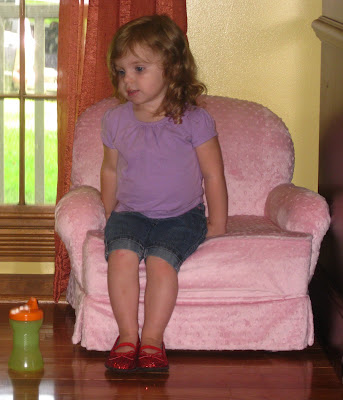 Because we all know that there’s NOTHING worse than calling (a one year old who doesn’t know any better) names.

11 thoughts on “Oops – A Mommy Blog Post Slipped Out.”