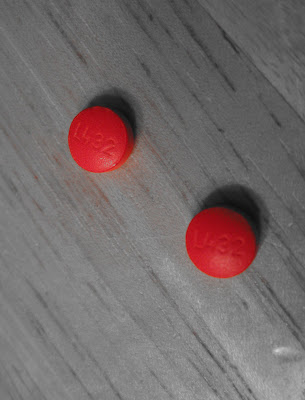 Dear Sudafed and your generic friends,

I didn’t realize until this weekend how much I have missed you. I haven’t used you since you became so difficult to ascertain, thanks to your horrific aiding of illicit drug makers. That, coupled with the fact that I haven’t had sinus problems since I gave birth.

However, something in my body has changed over the last few months, and I can no longer take my new friend, Alka-Seltzer Liqui-Gels, without feeling extraordinarily drugged, hyper, and sleepy all at once.

Oh – and without my eyeballs having the sensation that they are spinning ’round and ’round like the do on cartoon characters who have just been hit on the head with a sledgehammer. 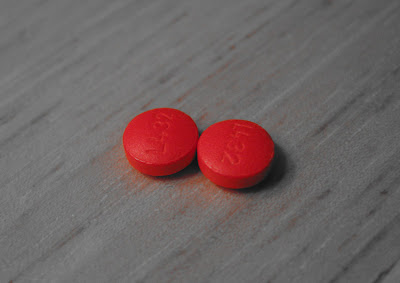 So when I got a sinus attack or cold or what-have-you this weekend and very much needing to be of right mind for the wedding festivities, I decided that it was worth the trouble and the being entered onto a Federal Watchlist to reconnect with my old friends.

You were always so little. So innocent. So side-effect-less.

So I went to CVS and approached the pharmacy counter, trying to look as unobtrusive and un-meth-lab-operator as possible.

I requested the generic Sudafed.

I remembered how wonderful it used to be when you could buy the Sam’s bottle of 500, and how comforting it was to know that I could have a sinus infection for the next 284 days and be covered, so I asked said Pharmacist if she had any bigger packages. 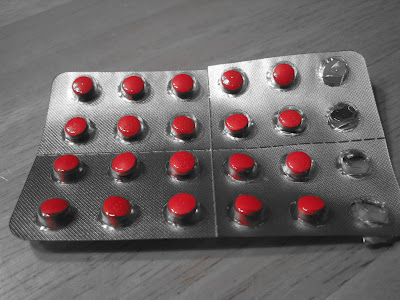 She looked me up and down suspiciously for anything that screamed “I’m a Crystal Meth Maker!!”, then told me that she could get me a box of 96, but that was it.

I nervously told her that I’d been having sinus problems, while making sure she saw me interacting with my toddler.

You know, to alleviate her suspicions.

She took my driver’s license and officially scanned me into the Federal Government’s List of Evil Sudafed Purchasers (also known as the FGLESP).

I all of a sudden felt watched, tracked, and talked about in dark, cavernous boardrooms all over the country.

I’m pretty sure that Jack Bauer now has me on his black list.

She handed me my receipt, and I noticed at the bottom: 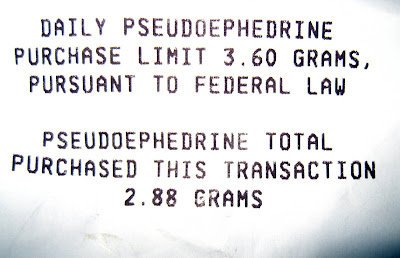 Phew. Under the limit. I can’t be arrested today.

And it was worth it. The wonderful relief of nose running without the side effects, the ease of swallowing those little red pills instead of the stick-to-your-throat rubber horse pills that I had been taking, and the reuniting with an old friend.

I love you, Sudafed. I will never again forget about you because you’re a high-maintenance friend.

Oops – I gotta go. There seems to be a Drug Enforcement Agency Task Force knocking at my door.

13 thoughts on “Reuniting With an Old Friend”