For the record, I have never seen the above show. I just love the logo for Ali (Grace). So if the show is horrid and rancid and crass and I should be shot for associating it with my child, please let me know. Thank you. 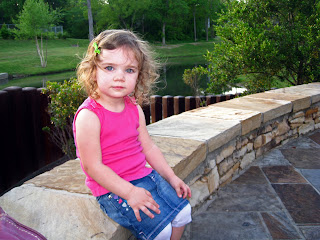 Monday we had lots of discussions about when to say “no thank you” versus “no ma’am”. This was predicated because I was asking her often if her ear was hurting, and she would answer “no, thank you”.

It was an all day explanation adventure. 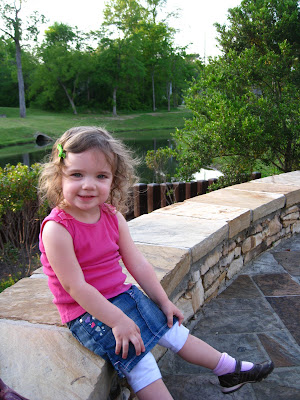 She very confusedly scrunched up her nose, looked quizzically at me, and said, “So I don’t say no thank you???”

This communication piece is hard work.

For instance. If Ali points to the car radio and says “Play King Cole Ornament!!”, I know that she wants to hear Nicole Nordeman. It’s that simple. 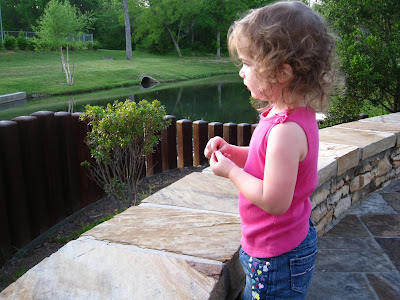 Which means that when they come up with something completely out of the blue, you will be COMPLETELY thrown for a loop. I blogged about this quite a while ago (never did figure out what she was saying then). However, Monday night was one of those times when she was completely not having to do with anything, but I was victorious!!!

We were on our way to dinner (because I had been completely unable to get myself organized enough to prepare dinner after making a last minute doctor trip, and felt horribly guilty about it, but we only spent $6 for dinner so then I felt better), and Ali started urgently telling us something from the back seat, over and over. 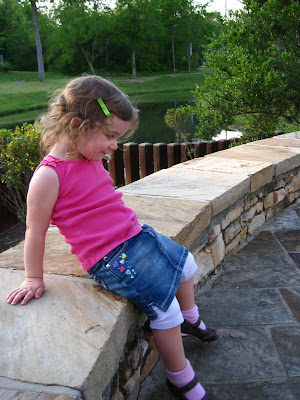 We both listened intently, trying to figure it out. She’d say it again, we’d look at each other, confused.

Then I had a eureka moment.

“YOU’RE RIGHT!! Doctor Ross DID take you out of Mommy’s Tummy!!”

And she beamed with delight.

Can we say RANDOM.

Another great thing about toddlers is the assumptions that they form about the world from the evidence they collect.

We were playing with stickers, and she tore an “M” sticker.

She looked at me very knowingly, with her chin on her chest a bit sternly and said, “Mommy to get some batteries and fix the M.”

At least it’s just batteries. Soon she’ll think that money fixes everything. Not looking forward to that.