I am feeling 100% better today!!! I will NOT say “one-hundred-million-percent” because I DESPISE it when the judges on American Idol say that. So cheesy. But I do feel like I was never sick.

But I still say it was NEVER heartburn.

Anyway, speaking of American Idol, I’m not one to blog about TV shows much, but something about last night’s show made me thoughtful. And QUITE uncomfortable.

Namely, a couple of the “bad” contestants. I usually enjoy the bad ones as much as the next AI fan – It’s great (and terrible) entertainment.

Two of them last night were 17 years old. Still in High School.

The yellow haired boy and the half red, half blue haired girl (obviously, both of them could have used some schooling about hair dye as well as singing). 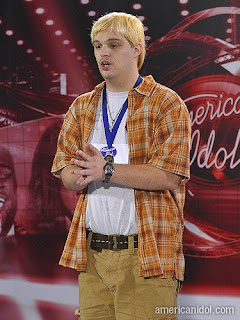 You could tell that they were both extraordinarily awkward teens as it was, and I’m sure that they get made fun of in school already.

American Idol went out of their way (as they do with all “bad” contestants) to show their awkwardness and complete unawareness of their own lack of talent.

And all I could think about was “what is going to happen when they go to school tomorrow?”

As if they weren’t already teased enough. Practically every kid saw them on TV last night. Today is a rough day for them.

The thing is, I’m not going to say “don’t make fun of anyone”, because most of the terrible singers that come on AI are TRYING to make it on TV, and sure – it’s good entertainment.

And truth be told, the two teenagers in question may have been also. 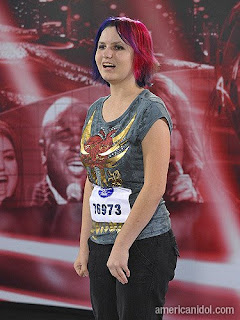 However, I think that American Idol should have an “over 21 years old” rule for completely tearing people apart.

Why? Because most adults learn to “be nice” and “not make fun of” people that are different than them (at least ones down here in the South do).

However, most teenagers typically have no concept of this. Teenagers are brutal. Ruthless.

AND teenagers being made fun of are much more affected by the criticism and teasing from others than adults are.

I’m just afraid that something tragic is going to happen at some point.

Any thoughts? Am I being too “politically correct”?

I’m certainly very un-P.C. as a rule – I just think there needs to be an extra layer of protection for teenagers who choose to use the national stage to embarrass themselves.

5 thoughts on “Feeling Better!! And "deep" thoughts about American Idol, embarrassment, and teenagers”