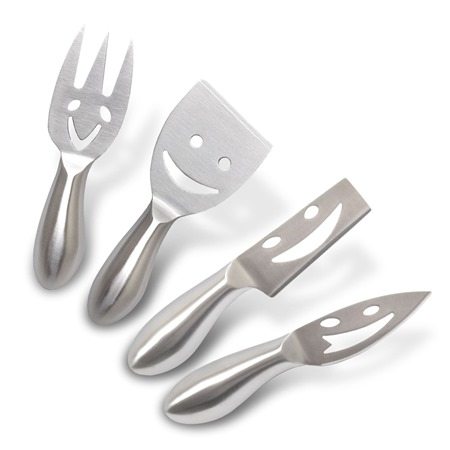 I’ve noticed that there are two types of 30-somethings.

Those that have a regular visit to the Dermatologist to get every millimeter of their skin scanned for abnormalities and are constantly mentioning what they’ve recently had removed,

And those that have never visited a Dermatologist.

I’ve always been in the second group. Not because I have anywhere close to perfect skin, or dislike doctors, but because I have been in denial that I’m in my 30s for some time and would rather believe that I’m an invincible teenager with no skin fears.

This is not to say that I haven’t forced my husband to go and get a bump removed when it started to morph into something that made me feel uncomfortable. But he’s older than me. It’s time he starts thinking about his skin.

Also, I see enough variety of doctors thanks to my Dysautonomia and compromised immune system and stupid wreck that I really just don’t have room in my life for a relationship with a Dermatologist.

But finally, after fighting bravely on my own the war against a pesky shoulder rash for…wait for it…five months (including religiously applying two different prescriptions I already owned)…I decided that I should most likely plan my first date with the Dermatologist.

Over the years, I have asked my friend that is most solidly in group #1 of 30-somethings for her Dermatologist’s name on countless occasions, always intending to grow up and go. I’d even had it pulled up in a browser on my phone for a couple of months. So I scrolled through and found the tab, and gave them a call.

“Yes. I’d like to schedule an appointment. I have a rash that won’t go away.”

“Okay. Would you like a full body mole check while you’re here?”

“Okay. Well, if you’d like to see a nurse practitioner, you can come tomorrow.”

I knew that “tomorrow” was too short of notice to get a sitter for my kids, so I bravely decided to bring my little homeschooling troupe with me.

I mean, I just have a rash. How gruesome could it be?

On Tuesday morning, we arrived and got settled into my assigned torture chamber. The bubbly nurse and nurse practitioner overflowed their joy all over the room as my eyes darted back and forth, looking for blood spatters on the ceiling or suspicious moles stuck to the walls.

Things had happened in this cell. I could feel it.

My rash, unfortunately, was at a dormant stage – of course. It has come and gone for five months, getting much worse when I was on an antibiotic for something else. At one point, it swelled up and looked exactly like the symbol on the old USSR Flag: 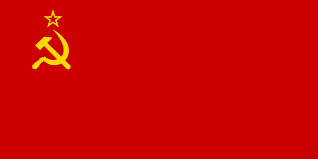 (Which happened a mere two days after I blogged about Mr. Putin’s Sexy Wall Calendar. Coincidence? I think not.)

But at this moment, it just looked like a bit of dry skin. It still itched, but Nurse and Nurse Practitioner couldn’t see how very itchy it was and how very communist it had recently been.

“Hmm…just looks like overly dry skin to me. You need to use moisturizer within four minutes of getting out of the shower and here – I’ll prescribe you a stronger cream to knock it out. But let’s look at this bump over here…and this one…oh and this mole in your armpit!!”

They began to circle my shoulder area hungrily, clucking at all of the various bumps and discolorations. I was a DermaVirgin, and they were taking great pleasure in all of the various offerings of my as-yet un-cut-on skin. It hadn’t helped at all that I’d been honest on my medical history form – they saw that my dad has Ocular Melanoma and their frenzy only heightened. “Melanoma is melanoma. You’ve got a first degree relative with Melanoma. We need to check all the things. Melanoma melanoma MELANOMA!! You don’t mind not having any flesh remaining, right?”

Okay they didn’t ask that last question but it was implied.

“We need to take a biopsy of that…and that…and let’s just take off that mole real quick. It won’t need stitches. These will just be slightly pink marks – like you cut yourself shaving. No big deal – it’ll just take a minute.”

A tray magically appeared with three jars (the kind you’d see shrunken heads floating in), three flexible blades, a shot, and a bunch of gauze and blood-soaking apparatus.

And nobody asked my opinion.

I mean, call me old-fashioned, but I think I deserve a minute to consider the fate of my armpit before they slice a crater into it. Maybe I held a fondness to my armpit mole.

They shot me up in all three places to numb the areas so I wouldn’t be fully aware of their carvings. Then, with the quickness of a NASCAR pit crew, they buzzed around me, sliced and diced my arm, back, and armpit, dropped my former pieces of self in their jars, and covered me with band-aids before I could see what they’d left of me.

I did catch a quick glance at their blood-and-guts covered knives, though, and knew that “it will just be a pink spot – like if you cut yourself shaving” was as much a lie as The White Witch promising Edmund an endless supply of Turkish Delight.

The kids and I escaped the Dungeon of Human Samples, but not until after they’d scheduled that “Full Body Mole Check”, leaving me seriously fearing my future fashion statement of Swiss Cheese Flesh.

Thanks to those numbing shots, I was really feeling quite fine, aside from the mental stress, and it was a beautiful day, so we went on a hike in the woods with friends. It was as if nothing dark and demented had occurred that morning.

There were waterfall discoveries, 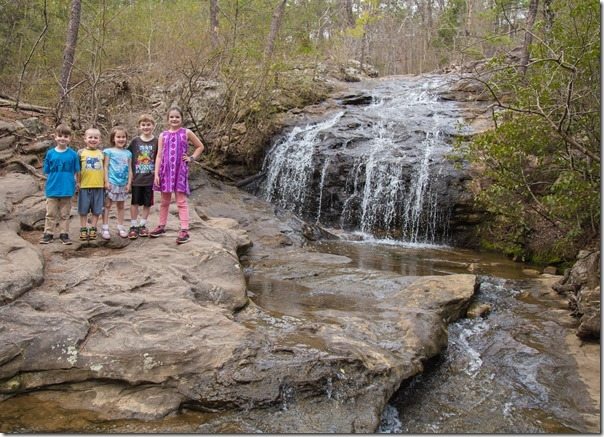 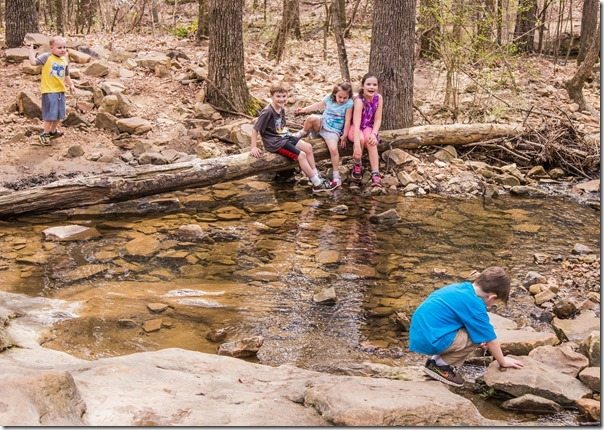 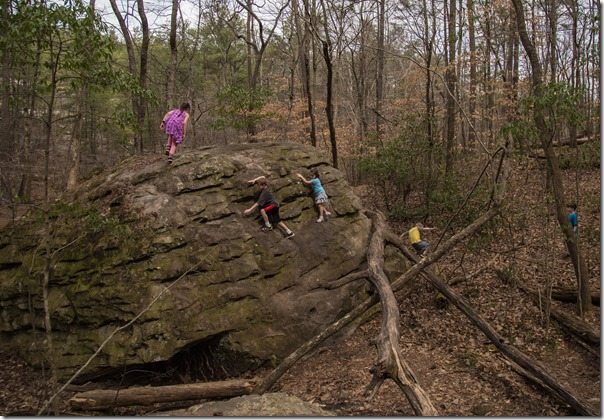 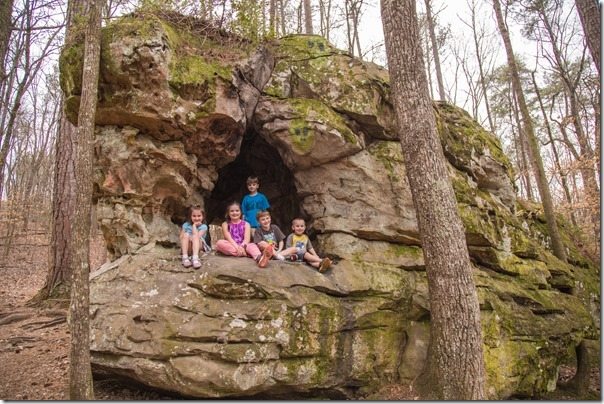 I felt great. It was a lovely day. The dermatology visit was squarely behind me.

…Until the end of the hike. When things began to sting. Shots only last so long, after all. 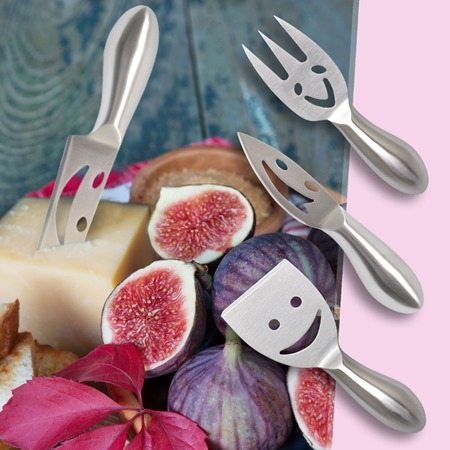 Over the next couple of days, the abysses were greatly uncomfortable, especially the largest one that happened to be in my armpit, and especially especially when I ran. Sweating profusely into a giant white pus-filled crater is not really something I would recommend for fun and amusement.

By Thursday, the holes named Shoulder and Back had dried up and become less like bubbling cauldrons and more like nice, dry moon craters. But Armpit did not. It began to grow, taking up more real estate under my arm, and developing a nice swollen, red shoreline. Then I began to get chills and fever and dizziness. At first I just thought I was having a couple of bad Dysautonomia days, but I soon realized that it was likely being caused by the vat of infection stirring beneath my arm.

Finally on Saturday, I decided it was time to call about it. The on-call doctor said it definitely sounded infected and called me in an antibiotic – an antibiotic that would heal my armpit, but most likely turn my rash back into a Communist Flag.

Oh – and did I mention that in the chaos of treating my wounds, I lost the prescription for my rash, the original reason I entered the Dungeon of Doom?

So the moral of this story is, don’t allow people to randomly cut on you. Just Say No. It’s a two-letter word. Practice with me. NNNNNOOOOOOO.

“It will be a pink spot”, they say. “Like if you cut yourself shaving”, they say.

Yes. It’s exactly like that. If you shave with a staph-infected three hole punch.

21 thoughts on “On Visiting The Knife-Happy.”