For those of you who do not currently have a small child, you may be completely and blissfully unaware of what I’m about to tell you.

But you deserve to know.

A disturbing replacement has happened in vocabulary as we know it. A brainwashing, actually, has taken place.

The term “Indian-Style”, in regards to the seated, cross-legged position, can no longer be found in the English language.

It has been replaced with a much sillier, much less logical, much more obnoxious phrase. 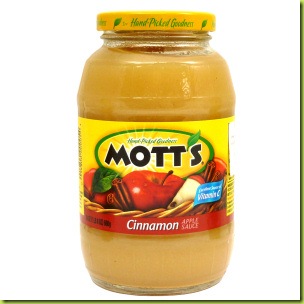 Say it out loud. Isn’t it annoying? Isn’t it urbane?? What the heck does APPLESAUCE have to do with a seated position?!

I researched it, and found two things:

1. The origin of criss-cross applesauce: it comes from a nightmare-inducing children’s poem:

Criss Cross Apple Sauce
Spiders crawling up your back
Spiders here, Spiders there
Spiders even in your hair
Cool breeze, tight squeeze
Now you’ve got the shiveries

…because Ali needed more things to have nightmares about.

And, I also discovered…

2. The demise of Indian-Style: it was what I expected: it is no longer politically correct.

Just like all of the “insensitive” baseball teams with names that seem to be celebrating, certainly not putting down, Native Americans, we must now forget that Indians taught us how to sit in that comfortable position at the first Thanksgiving meal (okay, maybe not), and instead, refer to it by a completely unrelated apple byproduct.

I personally am 1/16th Indian, and although I understand that doesn’t give me a full opinion on the matter, surely I get at least 1/16th of an opinion, and, with my allotted fraction, I would like to officially declare that I am not in the least offended by the term “Indian-Style”.

Surely there are 15 more of you out there with the same heritage as I that could join me to make up a full opinion?

But, just in case I’m the only one that doesn’t understand the insensitivity of the phrase, I’ll fall into cultural line, try not to think about spiders crawling in my hair, and say “Criss-Cross Applesauce”. At least when around impressionable (and brainwashed) young children.

And, I guess I should go ahead and complete Ali’s brainwashing to remove any other potentially offensive terms from her vocabulary…

I think I’ll teach her that Oriental Rugs are actually called Furry-Purry Peanut-Butters.

And Hamburgers – I definitely don’t want to offend the people of Hamburg, so let’s call those Grisly-Greasy Cow Carcasses.

You know, just to add one more thing to her growing list of nightmare topics.