There’s nothing that is more relaxing to me than to zone out in front of the television for a couple of hours after Ali goes to bed. I’ve been talking and answering questions and playing princesses and meeting needs all day long, and by the end of the day I find myself needing to shut down my communication department for at least an hour and rebuild my fried brain neurons.

And so, television lets me do that. Chris and I can cuddle, be entertained, pay as little or as much attention as we’d like, and have time together, yet all the while recover from our busy days.

However, I know that television isn’t exactly always the most positive input into my life. Sure, some shows aren’t bad, but it seems like most shows out there are constantly pushing the limits.

There are dichotomous characters that are both extremely brilliantly good while having very bad characteristics at the same time, shading the lines between hero and villain (like one of my favorite shows, House).

The limits of what can be aired on television are always being stretched, seemingly one millimeter at a time so that hopefully no one notices.

And sitcom characters are usually portrayed little worse, less intelligent, less in-control, or some other “less than” than the average person, almost as if to make us feel better about ourselves.

However, there is at least one show out there that I feel is on the other end of the moral and ethical tug-of-war of media. One show that actually convicts me and exhorts me to be a BETTER person. The Duggars. 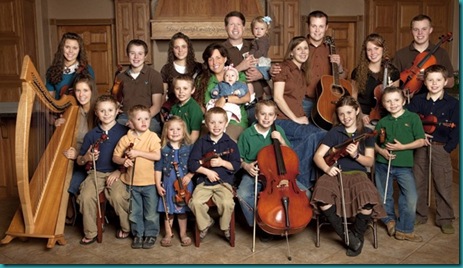 Currently titled “19 Kids and Counting” (It changed last week, so if your DVR was set to record 18 Kids, you need to reset it), the Duggars are different and stand out – but not in a weird freakish way like most people assume. They stand behind their convictions in a way that is so humble, non-judgmental, accepting, and loving that it continuously reveals the lack of conviction in my own heart.

Not that they make me want to have 19 kids or only wear skirts – they don’t. At all. Those issues aren’t their focus and they don’t try to push their points of view on these and other personal convictions. The ways that they challenge me are in their attitudes, their firm grasp of glorifying God in every situation, and their complete lack of stress despite 19 reasons to stay in constant chaos mode.

I get stressed and frazzled with one kid. As I said, by the end of the day, I need to zone out in front of the television to “recover”. They manage to stay composed, loving, patient, joyful and kind seemingly continuously.

Granted, I know that every second of their life is not recorded and would never presume that they are perfect, but the way that they handle the big things in life leaves me speechless.

Last week, they showed the birth of their 19th baby, Josie – their first premature delivery. She was delivered at 25 weeks and weighed 1 pound, 6 ounces. Michelle had gall stones and preeclampsia, and her life and little Josie’s life were very much at risk.

Despite the fact that their oldest 11 kids were in El Salvador by themselves on a missions trip, the younger 7 were at home with Grandma, and they were three hours away at an intensive care unit, Michelle and Jim stayed completely calm and trusting of God’s control of their situation.

Although they did allow the event to be recorded, it was done in such a way that it was more than obvious that they weren’t doing it to make sensationalist television or to gain more viewers – they were allowing themselves to be recorded in their moment of greatest weakness and pressure SO THAT they could show that they don’t just praise God in the good times – but in the bad and uncertain as well.

In a moment of crisis that large, I know that I would not respond with nearly the grace that they had – because I don’t even respond to the tiniest of crises that way.

I can only hope that my significantly-less-than-19 children turn out half as strong, convicted, loving, and smart as all of their children seem to be.

I am not by any means against “normal” television – I watch plenty of it for sure. But it is refreshing and very GOOD for me to watch a show like this that challenges me, exhorts me, and encourages me to seek holiness.

I want to support shows that have this positive effect on me. I want to find more of them! Let me know of other shows that you find to be positive influences.

I have been pleasantly surprised and blessed that the Duggars were nothing like my preconceived notions of how I thought they would be, and how very “real” and entertaining they are, all while encouraging me in my faith and peace in God. 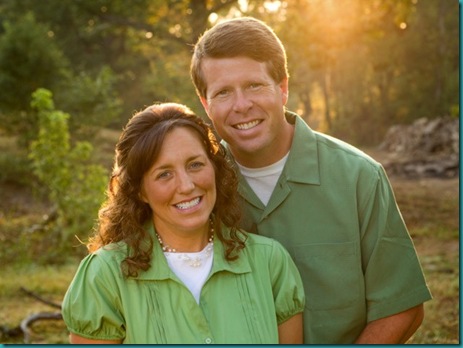