So you may or may not remember that while I was in Chicago for Blogher, Barack Obama was also there.

(I, Of course, assumed that he would be speaking on a panel at BlogHer, but he was oddly missing. I think he might have had hurt feelings by the discriminatory presence of “Her” in the title of our conference, and so backed out at the last minute.)

THEN today, after I arrived at La Guardia, I got in the shuttle van along with ELEVEN other people crammed against me, all of whom happened to be over 70 years old and having very enlightening conversations reminiscing about a comedy routine that they thought Clark Gable did, or was it Billie Holiday? No, no, Ethel, it was definitely Clark Gable!

(Don’t believe me? I was shoved in the very back corner with THREE others on my row, trying to keep my coffee from spilling all over me and them as our driver fulfilled every stereotype of a NYC cab driver that I’ve ever heard): 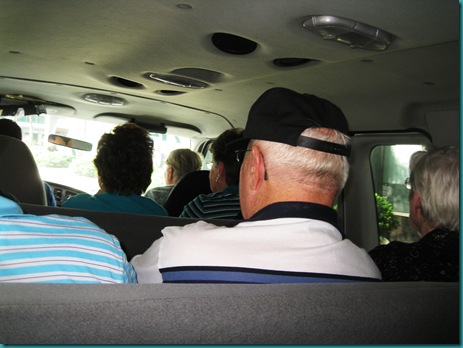 My van mates were super fun AND nice. Much nicer than the driver, who apparently hated me. Anyway, a couple of my new friends needed to be dropped off at a hotel near the U.N. And, guess who was there today?

Either he’s stalking me, or he’s really trying to break into the Mommy Blogging world.

Poor guy. If he’d only chosen “Mommy Blogger” on career day instead of “President”. . .

Thanks to his presence, millions of roads were closed, just like Chicago, and billions of Secret Service and Police cars lined the roads that weren’t closed: 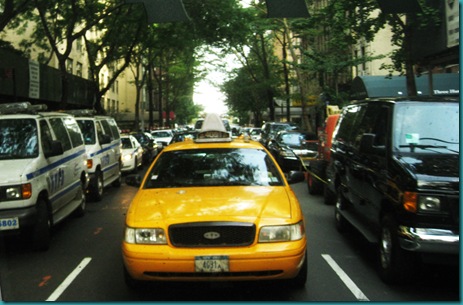 And my poor elderly friends? Had to be let out NINE blocks early, luggage and all, to fight their own way through the barricades and security.

(Hopefully they didn’t get arrested for pipe bombs made out of denture cream.)

And then, poor Mister President, he left his dome light on in his limo, and had to wait for his driver to flag someone down to jump them off: 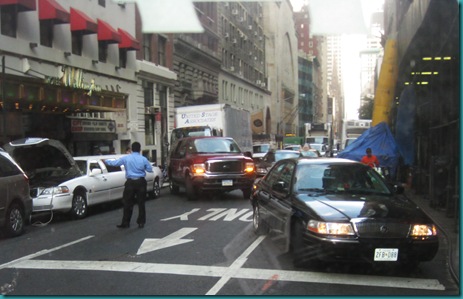 See, if he had only been a Mommy Blogger, he could have been on SuperShuttle with me, flinching at my driver’s determination to run over bicyclists, instead of waiting for a new limo battery.

In other adventures, I walked to Times Square (a few blocks down from my hotel), and it looks JUST like TV – crowded, crazy lights, crazy people… 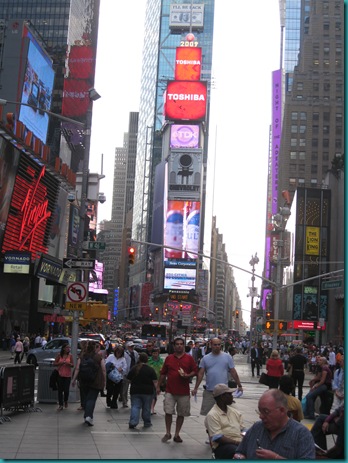 Even the Times Square Police Department couldn’t resist the temptation to be all lit up! 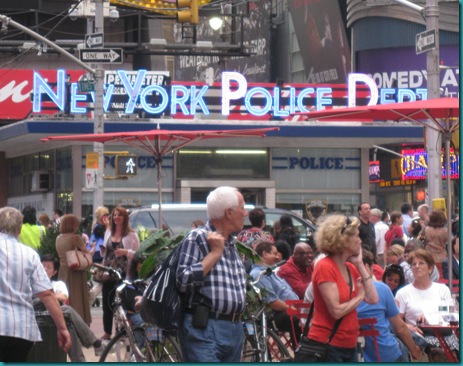 Not that there were any police there, seeing as how they were all clogging up traffic near the U.N….

I also felt horribly guilty as I got to see the Times Square Toys R US and Ali wasn’t there to appreciate the magnificence of it with me, including an INDOOR ferris wheel: 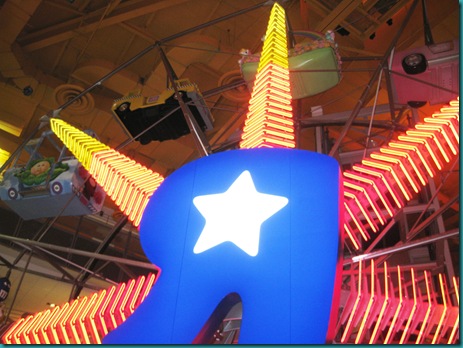 But I satiated my guilt by buying her overpriced M&M souvenirs and VERY overpriced all-Pink M&Ms at this three story behemoth of a store: 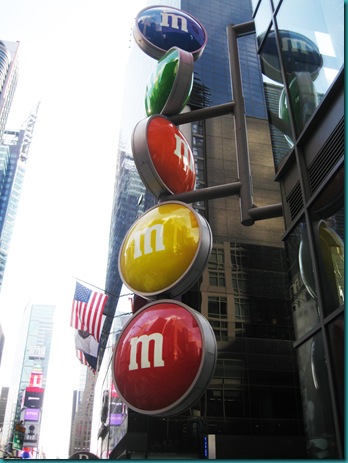 Oh – and finally, I think that New Yorkers LIKE to be crowded all up in each other’s business. I took this picture from the airplane: 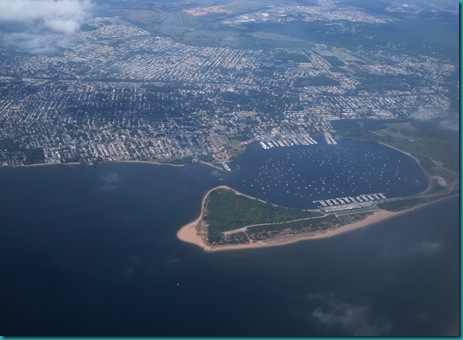 Hundreds of sailboats in that little harbor staring at each other, and only one sailboat brave enough to venture out into the Hudson…

Then again, maybe that was the only sailboat that didn’t know that PLANES sometimes land in the Hudson.

Glad it wasn’t us.

** If you’re feeling out of the loop and don’t know why I’m in New York, you can read about it here.

14 thoughts on “Barack Obama is a Mommy-Blogger Wannabe.”